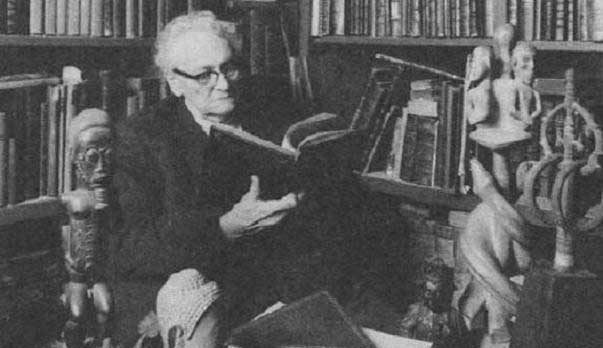 Manly Palmer Hall was born in 1901 in Peterborough a small town in Ontario Canada. His father was a dentist while his mom was chiropractor. Hall never knew his father and lived with his grandmother while his mom was living in Santa Monica, California.

He moved to the United States when between 1919 and 1923 (sources differ the exact year) and settled in Los Angeles where he published his first work titled “The Lost Keys Of Freemasonry”. It was until 1928 when he published his most famous and extremely detailed work “The Secret Teachings Of All Ages: An Encyclopedic Outline of Masonic, Hermetic, Qabbalistic and Rosicrucian Symbolical Philosophy”. The book still sells thousands of copies worldwide every year.

Dough being an autodidact or self-taught man, he was seen as a leading scholar in his field which included:

Even Carl Jung had the biggest respect for his works and borrowed many papers from Hall’s private collection to write his book Psychology and Alchemy.

By 1934 Manly P Hall founded the Philosophical Research Society or PRS in Los Angeles where he was concerned and tried to find solutions on human problems. The society’s library contains some of the most rare papers and articles. By 1973 Hall was considered a 33° Mason which is the highest honor a Mason can receive. In his career that spans a period over 70 years, he wrote 150 books and papers and gave more than 8.000 lectures primarily in the United States.

His most famous work: The Secret Teachings of All Ages

To fund his book, he worked with a subscription on pre-publication basis because the estimated price to publish was around $150.000 sold in individual copies varying from $20 tot $50 a piece.  After this he became known in many different parts of the world and became an icon to all metaphysical investigators. 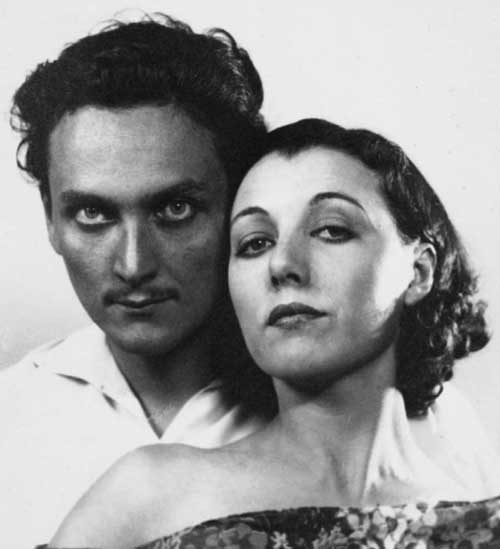 Manly P Hall married two times and from the first marriage is little known. He married the first time in 1930 when he was 29 years old, to Fay B deRavenne. The couple didn’t have any children and wasn’t a happy marriage. In 1941 his first wife committed suicide. Rumors have been always denied about this marriage and early writings by Hall have been removed.

In 1950 he married his second wife named Marie Schweikert Bauer, although the marriage lasted until his death, it still contained many ups and downs and was probably not much happier than his first marriage. His wife was often having mental problems and had been hospitalized a couple of times by Manly P Hall himself.

There are many different yet unconfirmed rumors that Manly P Hall was murdered. According to his wife, there are a lot of bizarre  things that happened the last days before his death. It has been confirmed that he went on a trip with his wife to visit her daughter in California. Along with the couple was a friend and personal caretaker named Fritz. He was using multiple unorthodox techniques to try to heal the man. Manly P Hall was depending on him and probably believed in his healing powers, although they weren’t really making him better, according to his wife, they made him worse.

First they left in an RV where Fritz was stating that they wouldn’t reach their destination because the motor was overheating. His wife said that they never seen any signs of overheating at that moment but that she wasn’t really suspicious about it. There is reason to believe they both had much trust in the man so they believed when said that the RV was overheating. His wife was brought to her daughter by the son of Fritz who was accompanying the three. While Hall was brought back to his home by Fritz.

It is not clear when or where he died, there are reasons to believe he was murdered but there has never been any trial because there was probably not enough evidence to support that belief. What we are sure about his death is that there were ants on his body proving he must have died outside. There are signs of strangulation and multiple costly and unique artifacts have been disappeared out of his bedroom.

According to Fritz he died in his sleep in his own bed. But the ants prove he died outside. Fritz called a cleaning service to clean the carpet in Hall his bedroom, another strange fact. So there is reason to believe that he wanted to remove some evidence, maybe a struggle or maybe dirt from outside on the carpet, proving he would have been laying outside for a while. What really happened, we will never know. It would be sad for a great teacher like Manly P Hall, speaking about so many different subjects, to be taken away from this world by evil people trying to reap some money.