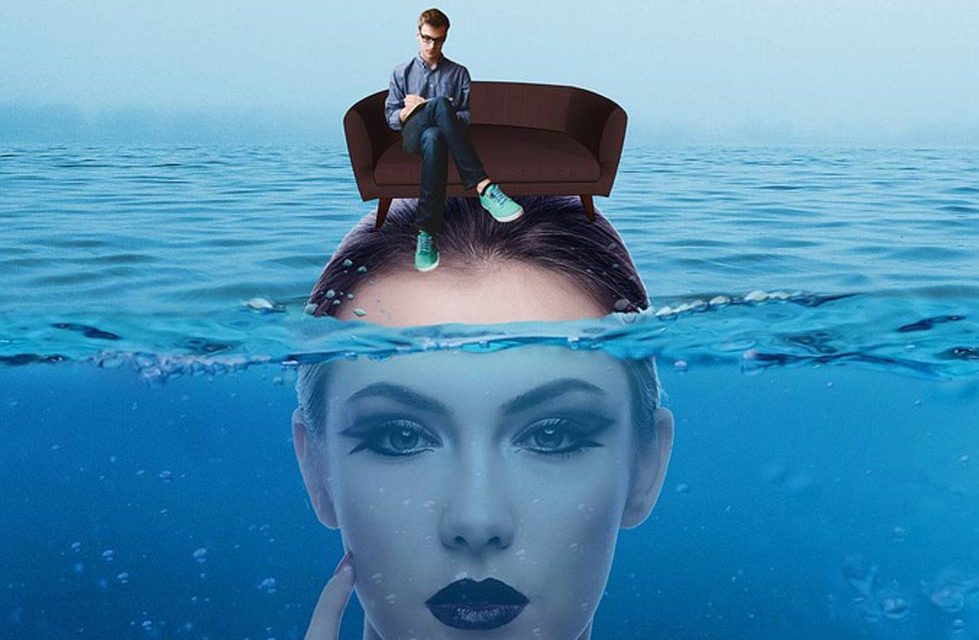 Sigmund Freud had a theory about the mind. He used a (right now very famous) analogy of an iceberg in the ocean. Freud stated the mind is like an iceberg. Further he stated that only a small fraction of that iceberg is above water. The biggest part lays dormant below sea level. According to Freud we could say that the conscious mind is the small part of the iceberg which is laying above sea level. The lower part of the iceberg represents the subconscious mind. 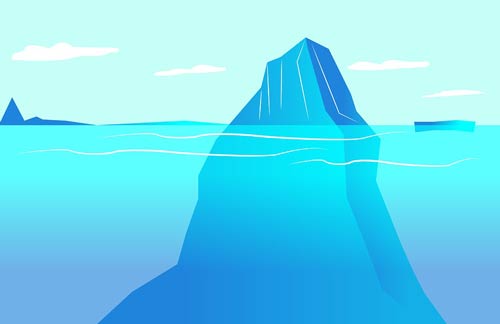 Freud believed that most of our actions are a result from conflicting forces that happen on three different levels. We have the conscious, the subconscious or unconscious and we have a third one, the preconscious. The preconscious would be the place just below the water on the iceberg we just discussed.

He said that most of our personality characteristics come from the result of those three forces. They would also have a big influence on our behavior.

Three different aspects of the mind

Past experiences have a lot of influence on how somebody will behave. Those experiences are there, but we cannot feel them at the time. Imagine a certain smell. When we get in contact with a certain smell, we recall a memory from before. That memory can be good or bad. Pleasant or unpleasant. But the memory is there in our subconscious mind. By smelling it travels from the subconscious to the conscious.

In the conscious mind we store our thoughts and memories. It will also be responsible for how we feel and see ourselves in this world. We could say the conscious mind is the rational part of our mind. It knows a difference between fiction and fact. And we will see further that this is one of the biggest differences and advantages for us to use, in comparison with the subconscious or unconscious.

The subconscious mind is different. It has a direct influence on our conscious being and can create different feelings. They are not in our direct awareness and those thoughts and ideas are not necessarily rational. This is the biggest difference between those two, it can’t say whether something is fact or fiction.

It’s main function is to store data and to retrieve that some data whenever it is needed. But it does much more than that. We could say it is like a hard drive. Because it stores more data than we could possibly imagine. But it can recall data, so it needs to work as a processor also. And it can help us create images. So it needs to be like a graphic card. To keep it short the subconscious is a complete computer inside another computer (our brain and mind in total). 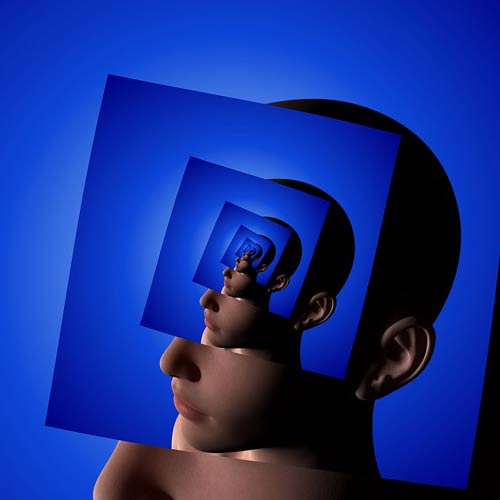 How can we use the mind in a better way

We know now that our conscious mind is what we are experiencing, what we are aware of. We can recall a memory by a certain smell, a certain song. The subconscious acts as a computer inside a computer. So we can program that computer. We can give it good thoughts, good ideas, good images. In other words we can use affirmations. 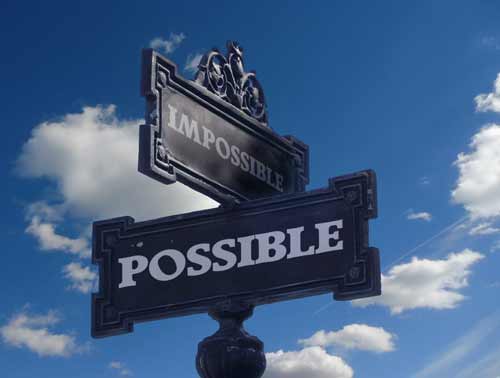 Not without a battle

Nowadays many people are taking antidepressants. For whatever reason they believe they need it. They believe it. And here is the thing, the things we make ourselves belief are having a big chance of coming into reality.

When looking for another job and being sure we will not find that particular job, there is a great chance we won’t. You know why? Because the unconscious or subconscious will attract the things we plant. When we plant tomatoes there is a big chance we will grow tomatoes. There will not be potatoes unless the producer of the seeds has made a mistake in their packaging.

Whatever we make ourselves believe will have a big chance of becoming reality. This can be very positive and can create the best experience ever. It can also be a very big problem when we use it the wrong way.

Believing the husband that we don’t amount to anything can make the woman depending of her husband. What is mainly his goal. Not believing this and instead knowing and programming the mind that this is a big lie and the husband is insecure of himself will create the opposite in that particular woman. She can then really create miracles in life.

How to reprogram the subconscious mind?

Many authors already wrote about this matter. We can reprogram the subconscious mind into doing what WE want it to do. We can become the master of our mind and not the mind that is master of the body it is inhabiting.

How can we do it? By using affirmations that contradict the thing we don’t want to feel or think. Instead of thinking that we are not good a teacher because we are not good with children, think the opposite. Think that you are great with children and therefore you are a great teacher.

Simple isn’t it? It is far from simple although it looks that way. When we are conditioned to think in a certain way it will be very difficult to change that pattern. But when we think in a negative pattern we must do everything in our power to change it.

The only way to change it is to repeat one hundred times the opposite of what we want to change. I am a good teacher because I am great with children. We repeat the phrase one hundred times every morning, every noon and every evening. Magic will happen.

Sickness depression is another issue of the subconscious. We can heal depression by using the subconscious mind! Easy isn’t it? No, what we need to understand is that we are conditioned to think that we feel helpless, depressed, sad and tired. We must understand that when we force ourselves to image that we are happy. Then we can fight depression and we won’t even need any medication from the doctor.

Before reading this you need to watch this video of the famous Jim Carrey!

Affirmation is when we tell ourselves certain things. This can be fiction or fact it doesn’t really matter. How many beautiful aren’t saying to themselves they are fat? And they are not fat at all. They are not realizing the fact that they are feeding their minds with negative affirmations. We must at all cause evade that sort of affirmations!

But there is another thing we can do. We can use visualization. In this video Jim Carrey states he was broke and out of work as an actor in the beginning of his (not yet) long career. He wrote himself a check of 10 million dollar and gave himself 5 years to accomplish his goal. He said that he didn’t had any money at the time, but felt that the money was floating there somewhere, ready for him to receive it.

And that’s what happened. He also states that you cannot just visualize certain things and then grab a sandwich. It doesn’t work that way. To program the subconscious mind means we need to repeat that time after time, day after day, hour after hour if possible. And to have a clear image of how it’s supposed to be like. To have a clear view on what it is you want, is a more efficient way to use affirmation. To connect the affirmation with an image, a feeling we will have when we achieve what we want… is ten times stronger than solely affirmations.

Looks good but is there any science to that? 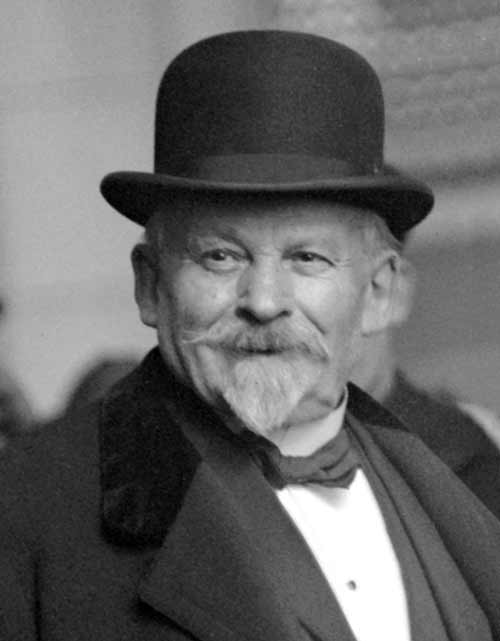 In 1857 a special man was born in France. His name was Emile Coué. Nothing special about that, besides the fact he started his career as a pharmacist and soon came to discover what we call now as the placebo effect. He saw people were getting better by making them think they will be getting better.

He became famous in France and other countries of Europe with his method called The Couré method or La méthode Coué in French. He was one of the pioneers of using autosuggestion on his patients. In his clinic he later opened with his wife, he used a certain method where he would say to his patients (mainly psychiatric patients) they should repeat a certain phrase in their heads: “Tous les jours, je me sens de mieux en mieux”.

Which means in French, everyday i’m feeling better and better. And he was seeing that they were getting better!