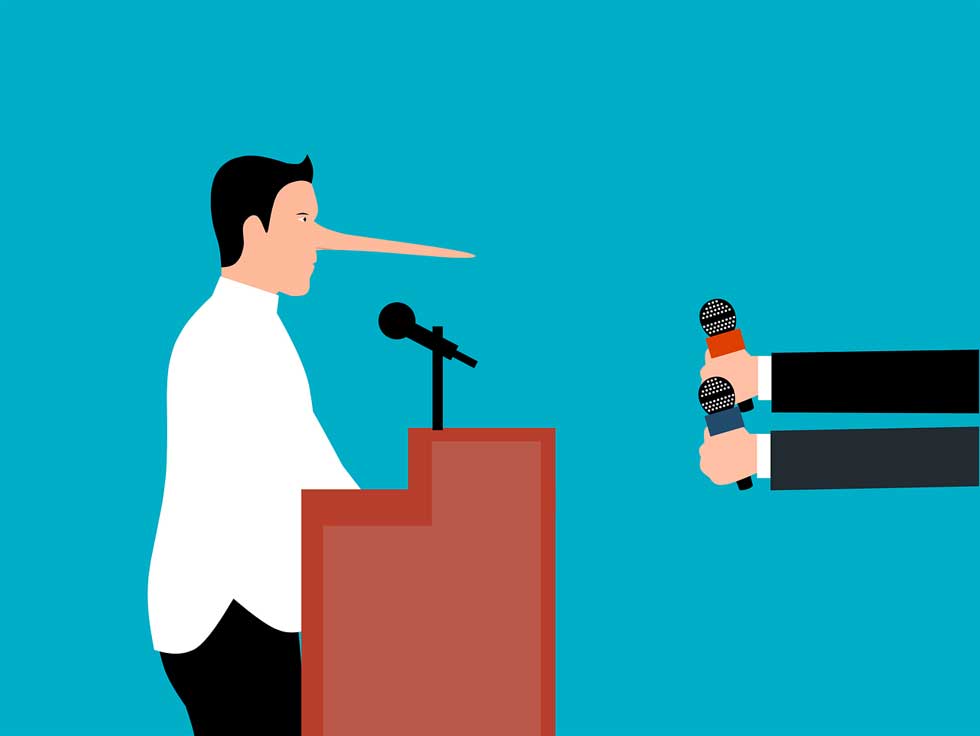 At a certain time in our lives, we all fall for lies. That doesn’t mean that everyone who joined our group and lied to us was trying to get us to help them do something bad. In fact, there are some facts that, if told with bad intentions, can be just as bad as a terrible lie. Whether your best friend, a parent, or someone at work tells you a lie, the effect can be very bad. In some situations, it’s not the lie that hurts. It’s knowing that somebody you believed made up a story on purpose to trick you into thinking it was true. Some lies are told by just keeping quiet about something. People think that I didn’t lie about something if I didn’t say anything. In reality, though, that is a lie by omission.
It’s hard to start with just one lie and stop there. One lie leads to another lie, which leads to another lie, and so on, until the person who is lying and the person who is being lied to are both caught in a web of lies. This web can get so tangled that it’s impossible to get to the truth. Lies can make you change in ways that aren’t always good. This is because you are being told a lie about how things really are. Even though we know better, we believe these lies, and when the truth comes out, we are angry, but not just at the person who lied. We feel bad that we fell for those lies.

Faith is lost when someone has been lying to us

When we find out someone has been lying to us, we react not only to the person and what they stand for, but also to who we are. You have lost faith not only in other people but also in yourself. When faith is lost, doubts follow.
Doubts lead to not trusting someone. But before we talk about what lies do, let’s talk about why we believe them in the first place.
I’ll start with the general public and then talk about things that are more important to me. If you spend time online, you’ll notice that the most read and followed stories are the ones that make people feel something. In recent years, people have been spreading more stories that don’t have any truth to them. Even Rolling Magazine, which has always been known for having great reporters, put out a story that they thought was true but turned out to be false. So, you have to wonder how people with years of skills and experience could believe that kind of lie. If you were hoping for some big truth to be shown to you, I’m sorry to let you down. The reason is pretty simple, and it’s a natural thing for people to do. They hoped it was true.

We often believe lies because we want to

In the same way, we fall for lies because we want to believe them. This happens on many different levels, and it doesn’t always have to do with people who are close to us. For example, if you agree with a certain political view or opinion, you are more likely to follow or read posts or articles that support that view. If someone tells a lie that backs up what you believe, you are more likely to believe it because you want it to prove what you think or believe. This is also true in the way we treat each other. You think love should be a certain way, so when someone acts in a way that fits with what you think love should be, you ignore the other signs that they are lying and believe their lies instead.
We also believe a lie because we have a personal interest in it. A manipulator gives you a different version of reality that you know isn’t true, but you choose to believe it anyway because it works for you and the truth doesn’t. Personal interest might not just be about getting something for yourself. It could be something about how you feel about the person. You like the person, and because of that, you have put this halo around them. So, you would rather stick to your rosy version of events (self-deception) than face the possibility that this person may be more evil than he or she seems and that their hidden goals may not be in your best interests at all.

Lies that change the way things really happened aren’t the only ones that can be used to trick us. When we think of people lying to us, we usually think of events that were made up to help the liar. However, there are other kinds of lies that can be just as bad, if not worse, than events that were made up. I’m talking about lies that are meant to change how you see yourself. I have stressed how vulnerable we are when our emotions are at the forefront. Even more so when those feelings are getting out of hand. When a manipulator meets someone who seems emotionally stable, they know it will be hard to use their sneaky charms to get them to do what they want. So, their first step is to wear down the person’s emotional foundation.

They look for the person’s “weak spots” and use those to their advantage.
Let’s say you’re usually a confident person, but you’re not happy with how your body looks. A pathological liar would use your worry against you by making your fears worse. It might not be a direct insult, but it would be used to make it seem like the problem is worse than it is. Comments like “you look so fat today” or “you need to cut back on the carbs” are subtle but effective ways to bring up the problem they want to bring up. When you start to believe these lies, you start to worry about things that aren’t problems in the first place. And eventually, the “mole” turns into a “mountain,” and your insecurities, which have been eating away at your confidence, bury you under them until you are exactly what the manipulator wants you to be. A person with low self-worth and little confidence who is easy to control.
If trying to boost your self-esteem doesn’t work, they try to make you feel bad about yourself. Telling you that you can’t do something and using your past experiences and feelings to back up this lie until you believe it. Sometimes it’s the other way around. You are put in a state where you feel safe, but the truth is different. This trick is often used when someone wants to get something from you, like money or a favor. They gave you positive reinforcements that were based on lies to make you feel safe, and then they struck. It takes effort and a clear mind to see through the lies people tell, no matter how they look.
have been known to use their power to get what they want.

Related Post  How Blind Optimism Can Make You Disconnected From Reality