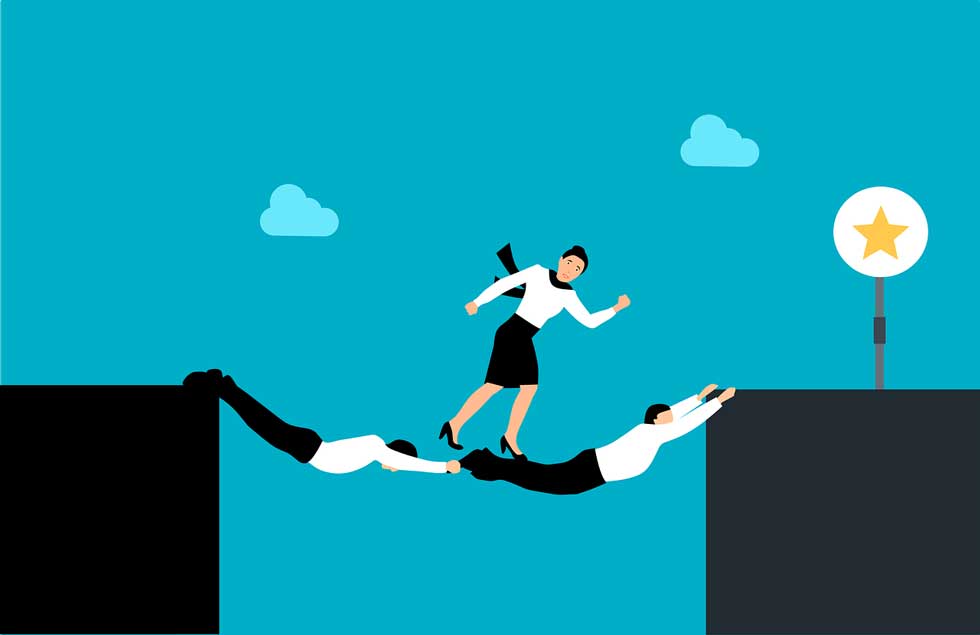 blind faith does not only mean believing in one supreme creator or higher deity. Some people decided to put their faith in science. No matter what faith you follow, it is a fact that our faith can sometimes create a blind spot that distorts reality and makes us make decisions we probably wouldn’t make if we were in our right minds. But before we talk about what, let’s talk about why.

Some of the things that make us human are also some of the things that make us vulnerable to dark psychology’s tricks. Some people are more affected by these factors than others. Even before the first civilization, people believed in gods and goddesses. Man has always thought of himself as a small part of the universe as a whole, so we think there are forces that are bigger, greater, and more divine than us. If you look at things logically, this way of thinking makes sense because it helps our minds deal with the things that can’t be explained.
When you look at a beautiful flower, you wonder how something so beautiful and delicate could just be, without any thought or plan. When we look up at the big sky, we wonder what lies beyond. Does it just keep going on?

Or does it just keep going and going until it stops? Even though we have made a lot of progress and learned a lot, when we hear the powerful roar of a waterfall or the earth-shaking sounds of a thunder blast, we still feel scared and amazed. Back then, you could either let your fear drive you crazy or make sense of the situation by blaming it on something bigger than you. Some of the braver people chose to explain it using science.

The fear of death

In the same way, when someone we care about dies, we are forced to think about our own deaths. Questions about life and death add to our sadness. Does the journey end here, or does it continue into the next life? This is a big reason why people believe what they do today. Many people make the “right choices” in this life because they are afraid of and think about the life after this one. They want to make sure that when they die, the life they hope to live after them is good. It’s our way of “manipulating” the end result, since the alternative has been painted as so bad. Some people use our fear of death to get what they want.

If this theory about the afterlife is so important to us, you can imagine how we treat people who are thought to be speaking for the gods who run the afterlife. All religious leaders, including pastors, imams, rabbis, and others, are held in such high regard that their words are seen as the words of the god they are talking about. In general, these religious leaders are supposed to follow morally sound rules that are appropriate for their jobs and act in the best interest of their followers. if for nothing else, at least to spread the ideas of the religion they say they represent. We have learned, though, that this is not always the case. A lot of religious leaders use their power and position to trick their followers into making decisions that only help them.

The most common method is to use the name of the main god to change the meaning of words from the religion’s holy book so that they fit with the story they are making up. This helps them control the people. People have been tricked, hurt, and even forced to commit horrible crimes under this pretense. Another way these fake leaders trick people is by saying they have a vision or spiritual insight into a need the victim has. They make up a complicated story that is a mix of lies and the truth (which they usually get from the victim or third parties), and their main goal is to get money, a favor, or just power from the victim. Some people are forced to give up more money than they could ever hope to get back. In some occult-like situations, young people who are easily influenced are brainwashed into living in fear.

Not only using religion but also science and spirituality

But these kinds of situations don’t always end in religious buildings. Some people don’t belong to any religion, but they like to think of themselves as spiritually open. People in this situation would meet fake psychics and mediums who claim to have strong ties to the afterlife. Again, our feelings for people who have died and our worries about what happens after death cloud our judgment and make us easy targets for thieves who want to take advantage of the situation. They use the same trick as fake religious leaders, who trick and lie to control their followers. When people go to a psychic for a 10-minute reading of their horoscopes and palms, they get promises, changed realities, and false hopes that keep them coming back for years. So they spent a lot of money looking for the “truth” that was hard to find.

Even people who put their faith in science can be tricked.
If you think that you can’t be changed because your faith is based on science, you should think again. People go back to what they believe in when there is a crisis. If you believe in science, you will naturally look to science. People with debilitating illnesses sometimes try out-of-the-box treatments to try to beat their illness. Knowing that the best of conventional medicine hasn’t helped, they turn to these “outliers” who say they have the answer with their experimental drugs and medical procedures that have never been done before. These procedures are too risky, too expensive, and often not covered by insurance. But the small chance of life is worth every penny, and scammers take advantage of this.
And it’s not only in trouble. People come up with amazing answers to problems that affect a lot of people, like how to lose weight and so on. They say that their latest diet fad, miracle pill, or technology can change us by using scientific theories that have not been tested and proven. A lot of people believe the promise of this change because of information that has been changed to trick people into giving up money. The main difference between these people and religious con artists is that instead of using a god to trick people, they use science. Most people don’t realize how badly they are being hurt until it’s too late.

Related Post  How to learn to forgive yourself in easy steps

When it comes to your beliefs, people who use dark psychology take advantage of your deepest needs. They use what you hold sacred to change the way you think. And sometimes it doesn’t matter how holy it is. As long as it’s important to you, they see it as some kind of gold mine. And there is no better time to “mine” a person than when they are going through a hard time. This is because when you are in a crisis, you are at your weakest and most open to the influence of others, and people have been known to take advantage of this.