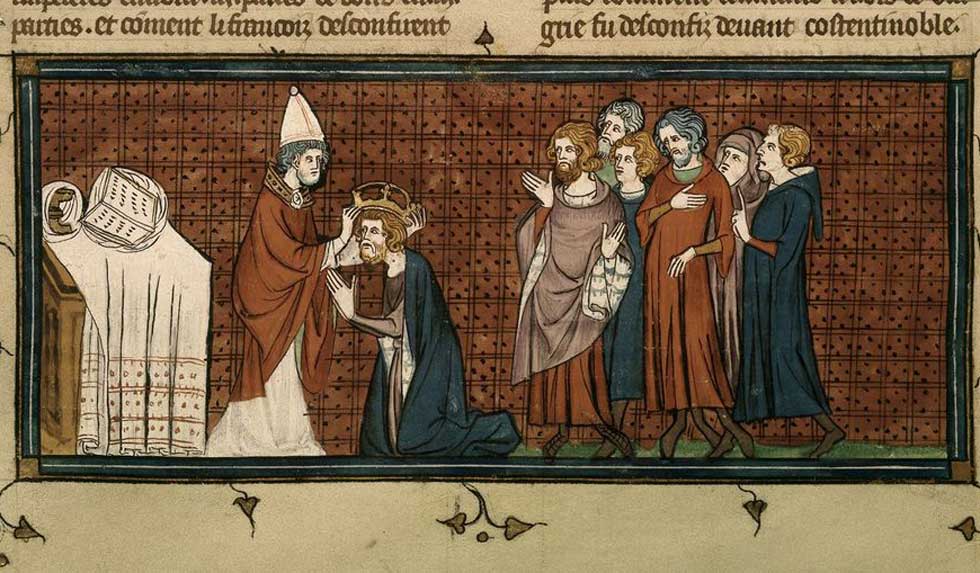 To explain how Judeo-Christianity got started and started destroying the world and people’s minds, you would have to write many books. Luckily, the point of all this work can be seen by looking at how Emperor Carolus Magnus, the king of the Franks who was crowned Emperor of the Holy Roman Empire by Pope Leo III, thought and acted. He was the champion of Christianity. With this kind of look, you can see the whole scary picture. In his great book, Occult Conspiracy, author Michael Howard shows that Charles “the Great” (Charlemagne) was a key member of the French Masonic and Rosicrucian lodges. The Emperor Charlemagne of the Holy Roman Empire is said to have started a Rosicrucian lodge in Toulouse in the ninth century CE. He was one of the first people to help the masons who built the Gothic cathedrals. In 898 CE, a second lodge was founded in France, and in the year 1000, a group of heretical Roman Catholic monks started the first Rosicrucian college, which grew in secret from the eleventh to the sixteenth centuries.

In his masterful book March of the Titans, historian Arthur Kemp explains how Charlemagne and his followers replaced the ancients’ natural religion with their own masonic theology in a very evil way:
In 768, Charlemagne began what can only be called a 32-year campaign of what can only be called “genocidal evangelism” against the Saxons in western Germany, who were under his control. The campaign began when the Saxons cut down their most holy tree, which was their version of the World Tree. In 772, at Quierzy, he said he would kill every Saxon who didn’t accept Jesus Christ. From then on, he kept a special group of Christian priests who also did executions. In every Saxon village where they stopped, these priests killed anyone who wouldn’t be baptized. Then, in 782, at Verden, Charlemagne did the thing for which he is most famous: he ordered the beheading of 4,500 Saxons in one day because they had made the mistake of practicing paganism after agreeing to be Christians. The monk Einhard, who wrote his life story on the spot, says that after these killings, the king went to his winter camp and held mass as usual. By the year 1000, the only large groups of people left in Europe who were not Christians were in the Baltic and Eastern European regions. To get rid of this last holdout of paganism, the Church put some of the most devoted Christians to work.

Related Post  The Mystery Of The Ark Of The Covenant

The Teutonic Knights started out as a religious military order during the Crusades. In 1190, they were first set up in Palestine. The Teutonic Knights jumped at the chance, and soon became known as effective Christiansizers by using violence and mass murder. The Teutonic Knights soon became obsessed only with this kind of genocidal evangelism. By 1226, the order had set up permanent settlements in north-eastern Europe. Albrecht of Hohenzollern was the Grand Master of the order. In 1525, he became a Protestant and ended the order. The Reverend Robert Taylor, who spent a lot of time in English prisons for revealing that Christianity came from Egypt, was an expert on astrology.

Charlemagne’s religious zeal and savage bloodlust: Charlemagne made it so that every male subject of the Holy Roman Empire over the age of 12 had to renew his oath of allegiance and swear to be a good subject and a good Christian. To refuse baptism and to change your mind after baptism were both crimes that could get you killed. To show even the slightest sign of doubt in the faith of the Christian religion and the Holy Church was to risk death by torture, rack, or fire.