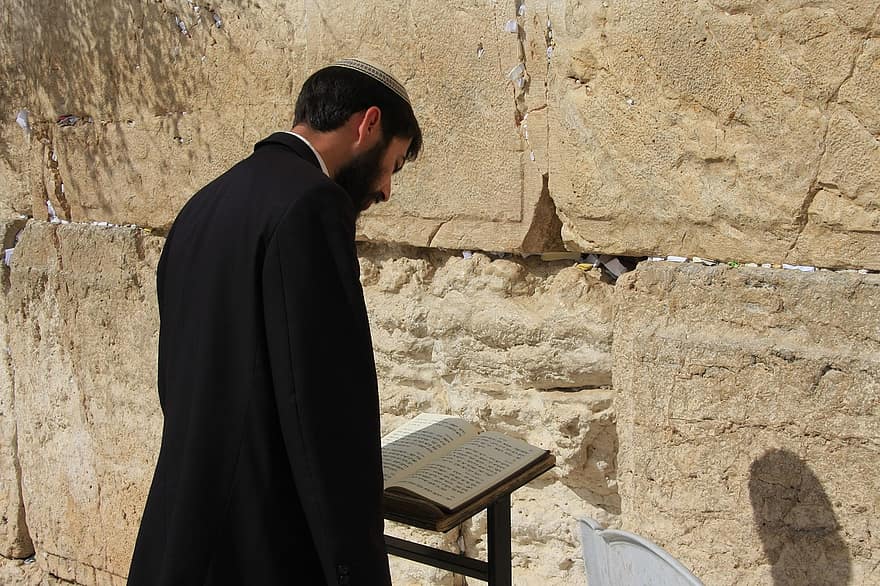 For many ages we were being told that the Jews are Gods chosen people. Dough this is been misinterpreted and is actually not relating to a race of people. We will look at those writings in the bible and see that there is not one mention of Jews being the chosen people. Unfortunately this misinterpretation has led to many wars and hatred all over the world towards Jews.

Another important part is the city of Jerusalem. In the three biggest monotheistic religions (Judaism, Christianity and Islam) we have Jerusalem as the holy city. So for all those three religions it is their holy city. Not difficult to understand why there is so much trouble in Jerusalem today.

An important indication for Jerusalem is given in Romans chapter 11. There we see:

11:17 And if some of the branches were broken off, and you, being a wild olive tree, were grafted in among them, and with them became a partaker of the root and fatness of the olive tree,

11:18 do not boast against the branches. But if you boast, remember that you do not support the root, but the root supports you.

11:19 You will say then, “Branches were broken off that I might be grafted in.”

11:20 Well said. Because of unbelief they were broken off, and you stand by faith. Do not be haughty, but fear.

11:21 For if God did not spare the natural branches, He may not spare you either.

Related Post  The use of Lapis Lazuli in Religion

When we go back in Romans chapter 2 we read:

2:28 For he is not a Jew who is one outwardly, nor is that circumcision which is outward in the flesh

2:29 but he is a Jew who is one inwardly, and circumcision is that of the heart, in the Spirit and not in the letter;

Here we see that Jews who are Jews inwardly and not outwardly are really circumcised, but of the heart not in the flesh. So why are Jews interpreting this as a physical thing? Believing is a spiritual thing, and not a physical thing. This has a deep spiritual meaning and states that we should move away our bad or lower desires and purify our spirit. This happens in prayer and in meditation. There we move out all stress, bad desires and we ask forgiveness. This is what circumcision means in a spiritual way.

Israel is the name of a country nowadays. It has been named many times in the bible but has nothing to do with the country. Israel is a word that comes from three different words. First we have Isis who is the feminine or spirit. We have Ra who is the male sun God Amen Ra and represents the body and mind. And last we have El which is God and his angles where all the names end with EL as if Ariel, Michael, Gabriel and so on…

So IS RA EL is ISis amen RA and EL. Nothing to do with the country Israel.

The people from Israel are simply the people who have body, mind and spirit all together with the love of God

It can be Jews, Christians and can even be Muslims for that matter.

In Galatians 4 : 25 we can find, “For this Agar is mount Sinai in Arabia, and answereth to Jerusalem which now is, and is in bondage with her children.”

This can speak about the people of Jerusalem which are not free from slavery or oppression by their invaders or rulers. What it really means is that we are enslaved by our earthly or lower desires. We often act upon them making our vibrating or spiritual power less strong.

In the next verse we find “But Jerusalem which is above is free, which is the mother of us all”. The sky or heaven where we all suppose to come from is free. What it really means is that when we don’t act upon our earthly lower desires, we gain spiritual strength and nourish our soul. We are free because we are not a victim of our human earthly nature. It is the mother of us all because we all are children of this amazing spiritual energy which we call God.

What the bible means with being a Jew

Being a  Jew has not much to do with belonging to the Semitic race. A Jew is someone who is circumcised of the heart and not of the flesh. So a Jew is someone who is completely in control of his earthly lower nature and therefore is free of desires. The circumcision of the heart is a complete detachment of lower desires and a spiritual cleansing we can compare with meditation or prayer.

Related Post  The Religious Side Of Sigmund Freud Nobody Knew