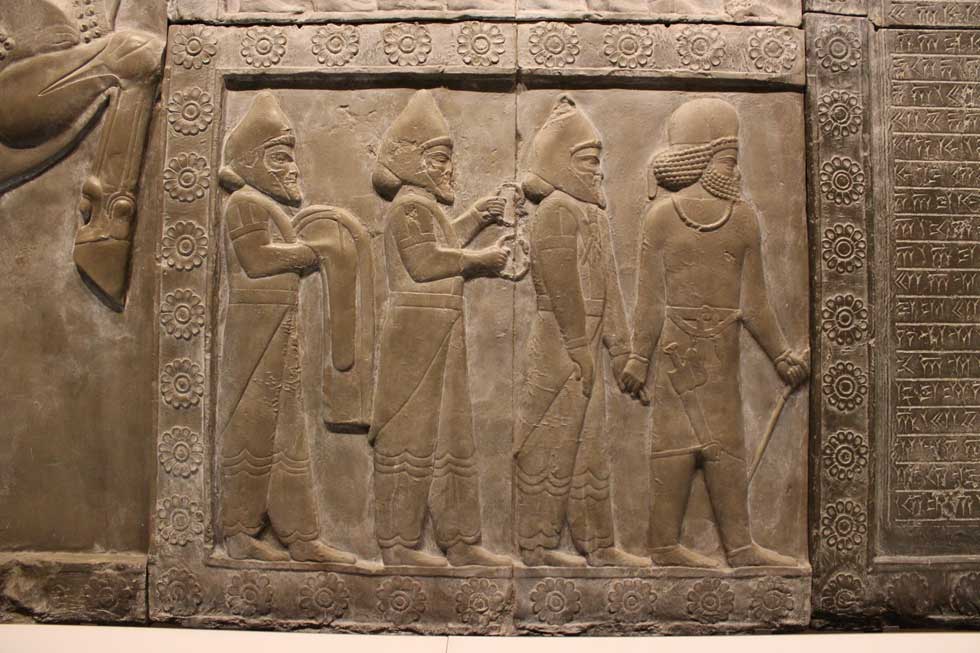 The average Jew still doesn’t know that they have been taught to think of themselves as “People of the Book,” but that the book in question is not the Torah but the Talmud (and also Mishnah). Followers of “Moses” who have done a good job of fooling the world are still alive and well. They are the descendants of the ancient Talmudists from Sinai. They do their work from behind the masks of Judaism and Christianity, which they made up themselves. For them, what is valuable and important is the old oral tradition, which was not meant for the general public. Only the Naassians, Kohanim, Levites, Gaonim, and Pharisees were allowed to use it. The Palestinian Talmud and the Babylonian Talmud are both written records of this tradition.

The bad things said about Jesus in the Babylonian Talmud (Sanhedrin 43a, Sanhedrin 107b, Sotah 47a, Shabbos 104b, Gittin 57a, etc.) are meant to make us think that Jews didn’t like him and didn’t have to acknowledge his ministry or existence. We think that these parts were added on purpose to make people think that Judaism and Christianity are not related religions. The grotesquely slanderous comments are unnecessary and likely to cause trouble. They are clearly the work of clever propagandists and do not reflect the beliefs of elite Jews who know the truth about where Judaism came from.

People who read scandalous passages about Jesus would be even more likely to reject Judaism in favor of the more civilized Christianity. This is a response that pleases the people who made up the offensive passages that insult Gentiles and talk about burning Christian books or the “bastard” Jesus and his whore mother, etc. These parts of the Bible are so bad that all Jews might be persecuted because of them. So why are they still in the Talmud for Christians and other non-Jews to read? Why haven’t the more enlightened Jews of the past taken them down? After the Roman Emperor Titus Vespasian destroyed the Temple in 70 AD, the Talmudist elders moved to Babylon and started many secret schools there to keep their traditions alive.

At least, this is what everyone says. It is more likely that the Gaonim of Babylon, like the Sadducees, were in league with the elite Romans and that these colleges were not put together by Jews who hated Rome but by Romanized Jews who wanted to keep alive the secret Egyptian traditions of kabala, sacred geometry, hermetic magic, and so on. Gaonim comes from the word gaon, which means “the proud” or “men of genius.” “His Excellency” was the title for the leader of a Gaonate. A Gaon, he was. The word “on” means “light” or “sun” and refers to the city of Heliopolis. The Exilarchs of the Gaonim wrote the Talmud and Torah knowing full well that ordinary Jews and Christians were never meant to know that the roots of Judaism and Christianity came from the great solar colleges and temples of the Nile, from the three-hundred-year rule of the Hyksos kings, and from the Atonist Pharaoh Akhenaton and his twisted version of sun worship.

Once the Gaonim got to work getting rid of things that were obviously pagan, they could claim what wasn’t theirs to begin with.
They could say that the Law was given to their ancestors by Yahweh at Mount Sinai. They could put Egypt in the background and make themselves look like a new religious group. Paul and his followers could do the same thing, and everything would be fine. So, Judaism and Christianity are like two hands that serve the same brain. In the future, the Freemasonic Order would use the occult practices of the Gaonim. The mysterious Masonic symbol “G” is for them and refers to them. Paul and his group of writers, who wrote the Gospels and Epistles, were writing a biography, but not of Jesus. They were writing about a person whose roots are in the land and time when Judaism started. Because of this, they didn’t pay much attention to the historical figures that the Jews loved and who would have made great characters in the story they were making up.