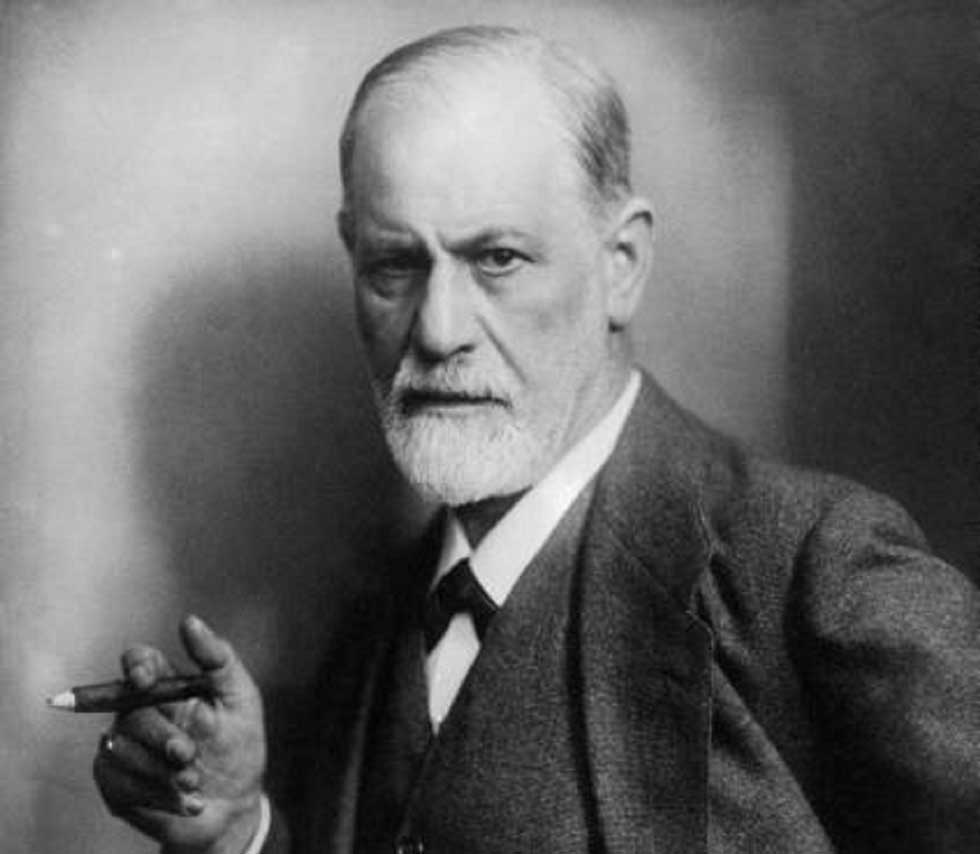 Freud gives a theory in Moses and Monotheism about why people believe in a Messiah and that he or she will come back again. He stressed that it was because the Jewish Moses was killed violently after the time of the exile. Most people who study the Bible and write about it agree that Moses died soon after reaching Mount Sinai and that his brother Aaron took over as leader of the people who had been sent away. So, we can see that the exiles’ guilt, which they tried to hide and which they could feel, led to the idea of the Messiah. What has gone away will come back again someday.

The great hero’s life did not end when he died. He was crazy and a charlatan, but he would come back to lead his followers who couldn’t find their way on their own. If the people didn’t have a direct connection to their new god, either individually or as a group, they would be eager for the one who did to come back. If their god was far away and mysterious, something to fear and respect, then the mediator would be very important. So much for the idea that a loving god is close by. Would people who felt close to and loved by their god be impatiently waiting for the Messiah to come? One doesn’t really think so. The god of the Jews was a projection of their leader’s ego. Moses was like Akhenaton was to Aton.

The attempt to make the world think that those who went with the Messiah figure everywhere he went were close to and loved God was a clever way to hide this fact.
The promise of a new home and wealth made people loyal and obedient. When this leader couldn’t do what he promised, people got angry and killed him. Over time, he became a martyr and became more famous and important.

He turns into a legend so that people will never forget him. Also, if the chosen ones are led to believe that their leader will come back, they will be less likely to go off the path that has been set for them and more likely to stay put. Fear of the Lord’s wrath made sure that people always did what he said. Freud knew that the first books of the Bible were not written when Moses was alive. He also knew that at least two schools were writing different versions of the stories that show up. He knew that the Jahwistic view is not the same as the Elohistic view. He was well aware that the Bible did not tell the truth about the past and that hundreds of years passed between events that the Bible wrongly says happened close together. In the first books of the Bible, there are two gods and two schools of thought. This is a very important fact. It shows that “history” was made on purpose, if not in a very planned way.
This is also clear from the big differences between passages and stories in the Aramaic and Hebrew Bibles. The standard version would be the interpretation that the people in charge liked best.

When it was decided that both had good points, both were kept, and we now have two standardized versions. But the contradictions show that the original story was not what it seemed.
Freud didn’t know, and most people still don’t, that the word “Elohim,” which comes from the words “Eloah” and “Aleim” and means “gods,” just meant the Egyptian (and Phoenician-Sumerian) kings and pharaohs, who were seen as gods in their own right. Not only did these kings of the Euphrates and the Nile try to look like the gods of ancient religions, but they were also seen as the real gods and goddesses and channels for their will.

They were called “Kadosh,” “Keepers,” “Watchers,” “Elders,” and “Elders.” Elohim, Nephilim, and Annunaki are all words that can be used in different ways to refer to these living gods, the pharaohs of Egypt, and the different stellar, solar, and lunar priesthoods they led. The Ankh is a sign of the Nephilim, also known as the Annunaki, as well as of their ancient knowledge and royal status. It had the same meaning as the crown, scepter, and mace of today.

In fact, the word “ankh” comes from the word “Anakim,” which means “great kings” or “giants.” Annunaki means “heavenly serpents” or “people who came down from heaven.” The fact that the Elohim are often thought to be the same as Jehovah shows that Judeo-Christianity was not originally a monotheistic religion. Freud’s quest was smart not only because he tried to find out who Moses really was, but also because he questioned how likely it was that a once-great priest of the sun and his followers would turn to worshiping a minor regional volcano god. After all, this Yahweh was violent, envious, and always talked about how good and special he was. He seems like the last god that a civilized group of people would choose to worship and bow down to. Freud knew this was true and knew that Jehovah was just a minor god of mountains and volcanoes who was worshiped by a small number of people far away from the land of pyramids, sun temples, and complicated pantheons.

Freud was surprised that so much information about how horrible this god was had been kept. Maybe he would have agreed with us that it was included and kept, even after hundreds of years of editing, because it hid the god that Akhenaton’s group of Egyptian-born exiles worshipped. In any case, Freud’s words get to the heart of the problem with Moses and Akhenaton. We know that Aton, the god of light, was the god of the second figure. This is the same god that the Israelites prayed to and called “Adon.” But Adon was a word that was used instead of Jehovah. So both Aton and Adon, or both Aton and Jehovah, are the same thing. Since this fact had to be kept secret, the volcano-god story was made up. Jehovah would be found in places far from Egypt. He was to be met after the Israelites left Egypt, not before. Before the Exodus, only Moses would have been able to talk to God, and that would have been when he was an outcast living in faraway places. Once we realize that Aton and Adon are the same god, that they are Egyptian and not from Arabia or Syria, and that their priest was none other than Akhenaton, the renegade pharaoh who was kicked out of the 18th dynasty, the clouds of mystery disappear and the truth becomes clear. This helps us understand the hidden meaning of many Bible passages that even the best scholars haven’t been able to fully explain.

In many places in the Old Testament, the leaders of the Israelites are called “god-men” or “god-kings” who are only partly wise. Many of these passages, especially those in Daniel and Isaiah, have been cleverly misunderstood as foretelling the coming of Jesus seven hundred years in the future. Most churchmen and evangelists have taken this nonsense at face value and believed it to be true. But these mysterious passages don’t talk about prophets and leaders of the future. Instead, they talk about prophets and leaders of today who came from royal Atonist houses. One of these beings was the character known as Moses. Even though we now know that this Moses did not write the books that are said to have been written by him, he is still seen as a real historical figure. We argue, though, that he was Akhenaton himself or at least one of his royal pharaonic Atonist successors. Once we learn how to read biblical passages correctly, we will have no choice but to agree with this thesis and understand why the main characters in the Bible are so righteous and arrogant. Even though parts of the Bible were changed on purpose, passages like the ones below from Exodus, Isaiah, Hosea, Joshua, and Micah are not to be mistakenly seen as the words of an angry or upset Yahweh, a supernatural god with no body. On the contrary, they are like those of a body.

The person saying “I” is not God, but Moses or, more accurately, Akhenaton. Egypt is where the roots of Judeo-Christianity can be found. They come from a certain time and place, and even though there were mistakes and false leads, men like Freud were able to find the truth. The Egyptians had no reason to worship a small volcano god, but they had every reason to respect the god of good luck that their rulers and potentates had been worshipping for centuries in their biggest cities and temples. Freud didn’t worry about how Jews would react to his revisionist ideas and expose, even though at least one rabbi (Abraham S. Yahuda) begged him not to publish his revisionist book. He did, however, worry about what the Roman Catholic Church would think of his essays on monotheism and the origins of religion.

He talked and wrote about how happy he was to be back in London, where he could talk more freely about his radical ideas about religion. And we can’t say that his instincts or fears were wrong. We would have to rethink how smart he was if he hadn’t been able to spot the enemies of the truth, who are the descendants of the theocracies whose origins and futures he so skillfully exposed in the last years of his life. In Moses and Monotheism, the master of the human mind says in very clear and direct language who his enemies were and why they disliked him and his work. Freud made a key point, which has been picked up on by many scholars, about how many writings and actions are credited to Moses, most of which he couldn’t have written or done.

Was this just a later writer’s obsession, or did they just have a lot of creative freedom? Or did the writers do it because they knew who they were really praising? Who was the real person behind the fictional Moses? What did he do to deserve so much respect and make people think he wrote things hundreds of years after he died? What kind of person gets so much devotion and thought? What kind of man would authors of the future want to have their works named after?
The question of who killed Sigmund Freud is a controversial addition to the story of his life.

Gerald O’Farrell, who wrote about and looked into the so-called “curse” of Tutankhamun’s tomb, thinks Freud was poisoned to death as a way of punishing him for his bold ideas. The terrible thing he did kept him from telling the world more. O’Farrell has found out that the people in charge of Freud’s archives in New York are hiding his writings and notes about the links between Moses and Akhenaton. O’Farrell says that Freud’s death was one of many that happened around the time that the tombs of Tutankhamun and Queen Tiye (Akhenaton’s mother) were being dug up.