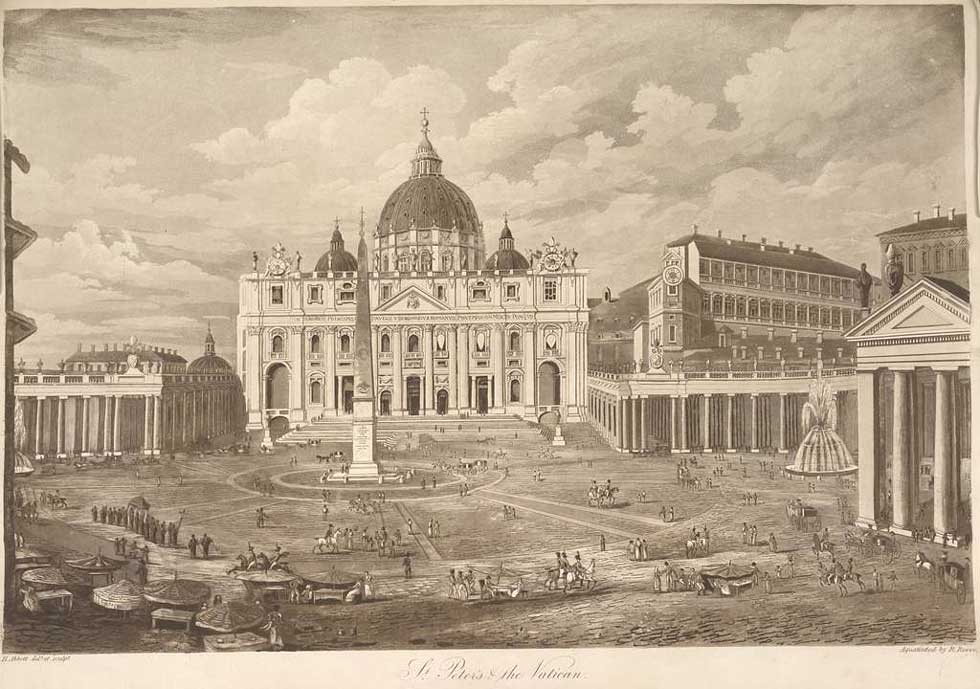 The “Vatican,” which is a state within a state, looks like it is run by an elected “pope” to people who don’t know much about it. In reality, he is just a public relations officer for the ancient Babylonian and Egyptian solar church, like many other potentates and politicians who are still alive and those who have died. The “white” pope who speaks to Roman Catholics from his balcony in St. Peter’s Square is a puppet of the “black” pope, the Jesuit “General,” who is himself a puppet of the Keepers of the Royal Secret, who officiate for the bloodline descendants of the original solar church, that horrible hydra that was conceived and born in Egypt, educated abroad, and then sent to all parts and principalities.

The Judeo-Christian religion and the Church of Rome were built on a very bad idea: that God, who made the universe and all living things, is far away from people and can’t be directly known by them. Let’s not argue about whether or not this “god” is real right now. Let’s just say that he exists for the sake of convenience. Then, we are told that God is very far away from the material world he made, which is lower on the ontological continuum than the higher states where God’s angels and ministers of light live and work to do God’s will and keep the universe in order and working properly. Because of his sins against God, man is on a low level of the hierarchical continuum, which makes it almost impossible for him to know who made him. In fact, he is more likely to be led astray by Satan, the evil one, who tempts his heart and wants to take his eternal soul. Satan is God’s enemy, and he is always at war with God’s good servants. Satan also fights against people. He tempts them and leads them away from the right way to live. Since God is so far away, he thinks it is important to send a mediator to comfort, console, and guide the wandering souls of the world.

Related Post  Where does the word Christ and Christian come from?

These souls are not good on their own, but the divine intercessor sent by God on their behalf can make them good. The elites in the Cult of Aton bet privately that this ridiculous theological travesty would eventually be accepted by the world and that the arrival of the mediator would be eagerly awaited and wanted. They were right, too. It was agreed upon, and the Messiah cult was born. Once a man agreed to be one interpreter and mediator, it was easy for him to agree to be a whole bunch more. This made-up and worthless idea gave birth to the Church. To make up for the fact that the spiritual mediator couldn’t be there in person, the Church just said that it was authorized to stand in for the mediator.

The mediator, Jesus Christ, came, lived a short human life, and then left. But before he left, he gave the Church permission to be a new mediator in his name. Since the first pagan mediator (to the Persians, Syrians, Phoenicians, and Mandeans, etc.) was Sophia, who stood for man’s ability to use reason to figure out the mysteries of god, the Church would be based on the feminine principle that the pagan nations loved. From then on, the new pope would be both father and “holy mother.” He would dress like a woman and say that he was the perfect mediator and summary of the “word of God.” Jehovah, the “All-Father” who has no wife, could now have his masculinity emphasized even more by the fact that his proxy is more feminine. Later, the creators of myths made sure that pictures of Jesus were often made to look like women. This was done to reinforce the idea that Jehovah was strong and fertile. So, the believer would think he was very lucky and avoid other mystical traditions that couldn’t offer an archetype that was as strong and awesome.

All knees would bend when Jehovah came near, and all eyes would look down at his glory and power. This god of volcanoes and earthquakes turned Moses’ hair white, and the world’s hair must also turn white. This god should be feared and respected, and no other god or deity should be put ahead of him, because he is very jealous and angry. The humbled ones with their knees bent and eyes downcast would never know that the idea of a mediator was not at all original to Judeo-Christianity. Instead, it was stolen from the Mandeans, Philistines, Persians, Etruscans, Babylonians, Syrians, Ophites, Nassenes, Ebionites, Perates, Sethians, Heliognostics, Sophics, Therapeutae, Brahmins, and ancient Egyptians, Reading the Bible has also shown that this Jehovah is aggressive and angry. We don’t need to repeat the many Bible passages from Exodus, Deuteronomy, and the other early books that talk about how cruel this volcano god is.

We can only ask the reader to think about whether there is a link between these traits and Akhenaton’s strong personality. He was rarely, if ever, shown without his blue war crown, and for the first time in Egyptian history, his court was almost entirely made up of military people. It is interesting to note, though, that most of the guards and soldiers who surrounded this crazy dictator were not from Egypt. Given the facts, we don’t think twice about being the first to say that Akhenaton’s arrogant, angry personality is a good example of what Jehovah is like. Our theory just backs up the controversial idea that gods are made to look like people. Since we believe that Jehovah and Aton are the same and that Akhenaton (and the sun-priests who came after him) is the “voice” of God in the Bible, we know what the “covenants” (with Abraham, David, etc.) are and how they keep the servile together. And we know that this deal was made with a very human force, not with a supernatural force.