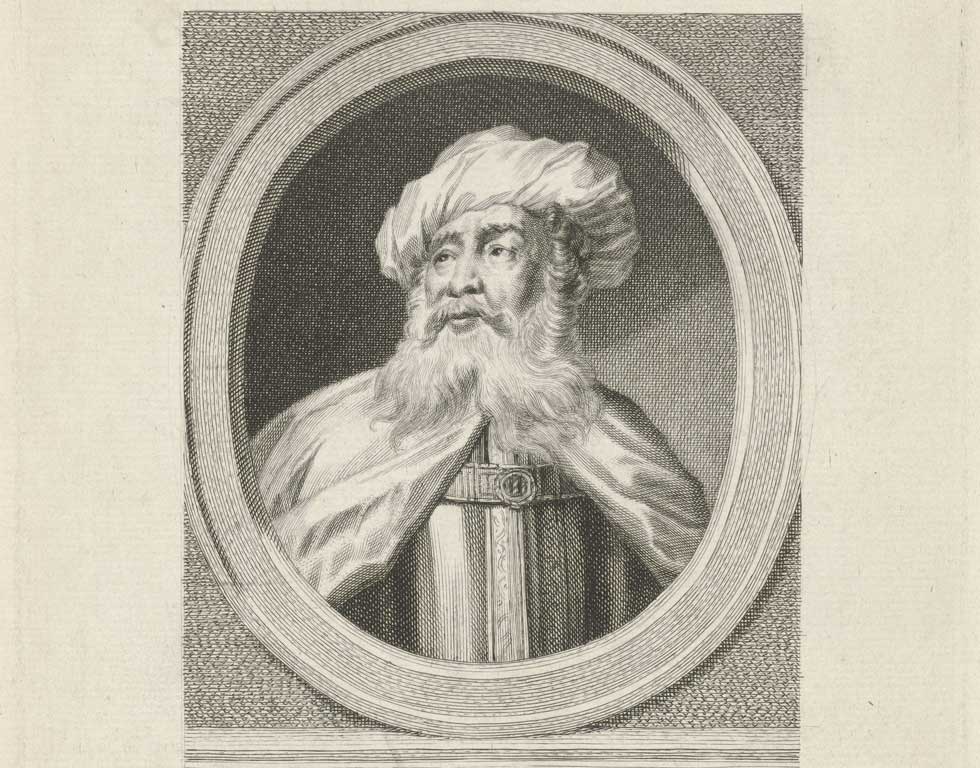 Joseph ben Mattatiah, the priest, or Flavius Josephus, which was the name he took to honor the Flavian House, was born between 37 and 38 AD and lived until at least 100 AD.
His father Matthias was from a family of high priests. He knew a lot about the Law and was well thought of in Jerusalem. Matthias lived at the same time as Pilate, so he should have seen the amazing things that happened in Jerusalem around the time Jesus died, and he might have even taken part in them. At the very least, he would have heard about them if they happened the way the Gospels say they did.

In 1850, Bruno Bauer, a Hegelian and biblical scholar, wrote a book in Germany. This was less than fifty years after the first question about whether or not Jesus really existed. Bauer shocked his readers when he said in his book, Criticism of the Gospel History, that he thought the Gospel of Matthew, which at the time was thought to be the oldest Gospel, was written by a single person during the reign of the Roman Emperor Hadrian.

Jesus in the gospels is not based on real facts

Bauer emphasized that the Jesus in the gospels was not based on real history. Instead, he was made up by a scribe with a vivid imagination. Professor Bauer’s privileged position at the University of Bonn was taken away because of his controversial ideas and clear lack of conformity. Still, his iconoclastic book was one of the few that finally made logical people see the Bible’s stories not as exact historical records but as highly subjective theological interpretations of history. This doesn’t mean that the people who wrote the New Testament took advantage of people. They did not lie about history; instead, they made it. In the end, what they cared about was not history but mythology, and the rest of the world would do well to think about and understand the difference between the two.

A historical event only happens once, at a specific time and place. A mythical event is not limited in this way. The same thing can happen anywhere and at any time. A myth has no place in time or space. People who tried to prove that Jesus was monogenes, or the only son of God, were not historians but mythicists. The people who made up the Christ myth wrapped their character in a thin veil of history that only the smartest people could see through, but it was thick enough to make most people think Jesus was a real person. The people who couldn’t read or write couldn’t figure out for themselves if the stories they heard over and over from the pulpit made sense and were true. Their ideas picked up where the writer’s had left off. In their own minds, they filled in the details and added color to the parables and outlandish stories about the birth of Jesus, Jesus walking on water, Jesus raising the dead, Jesus changing into a different person, etc. Early Christians and historians usually believed the story of Jesus that was told in the writings of the Jewish historian Flavius Josephus Piso, who the author Ralph Ellis thinks was St. Paul of Tarsus. People thought that the passages in his Antiquities of the Jews were the strongest independent proof that Jesus lived in the past. In Book 18, Chapter 4, there is a short passage about Jesus.

Josephus did not mention Jesus

This is the only time Jesus is mentioned in Josephus’s huge book. This passage made the early Christians happy, because they didn’t have a lot of independent proof that Jesus really existed, which made their beliefs shaky. But in the 1600s, it was shown that this passage was a clear fake, which shocked and upset Christians all over the world. It was hard to believe because no historian who knew Josephus’ works at the time or after him mentioned this passage. This was especially surprising for the Church Father Origen, who wrote a lot of books about all parts of Christian history and didn’t have his name on any of them. Origen wrote a lot, but he never talks about Jesus as a person, and he never quotes or talks about Book 18, Chapter 4 of Josephus. A later, unnamed “editor” or “compiler” added the false passage, along with another one in Book 20, to the works of Josephus. This “editor” or “compiler” was probably a monk who changed history to “prove” that Christians were right about Jesus. The passage also says that Jesus was thought to be the “Christ.” This is also a lie, since most Jews did not accept Paul’s version of Jesus as the “Christ.” Only pagans knew what this idea meant. Also, just like the Egyptians, the Romans already used the word “Chrestus,” which means “anointed,” for their own gods and emperors. So, the word “Christ” wouldn’t have meant anything out of the ordinary, and it would have upset both the orthodox Jews of Jerusalem and the Nazarene Church, who were said to have known Jesus in person. In this way, Josephus’s writings can’t be thought of as a true and accurate history of Christianity. Aside from that, this Josephus worked for

He was loyal to the Flavian Caesars and worked hard to keep their power in Judea. The

Flavians and other Roman patricians (like the Pisos, Aemili, Claudia, Julia, Manlia, Cornelii, Fabii, Scipiones, Gracchi, etc.) didn’t like the Jews’ religion, but they were smart enough to let them practice it to keep things running smoothly. They put in place a non-Jewish dynasty, the Herodian, to rule the area and made political alliances with the powerful and wealthy Sadducees that were good for them. Most of their opposition came from poor Jews and the families that people thought would give birth to the “Messiah.” The Maccabees were the most well-known of these rebel families. After the time of Emperor Vespasian, they were completely wiped out and stopped being important in the world. Reasonable people can see from this that we don’t know much about the details and so-called “proofs” of Jesus’ physical existence, at least during the time when he is said to have lived. There isn’t enough proof. It doesn’t mean he didn’t live, but it does mean that the dates are different. If an unknown or unnamed “lone monk” in the third century could add such unnecessary details to a famous historical book, how can we tell the difference between fact and fiction? Using history to figure out what is true and what is false becomes a separate field of study that most “believers” will have nothing to do with. In short, we must be very wary of everything we are told about Jesus, the idea of the Christ, and the history of the Bible.