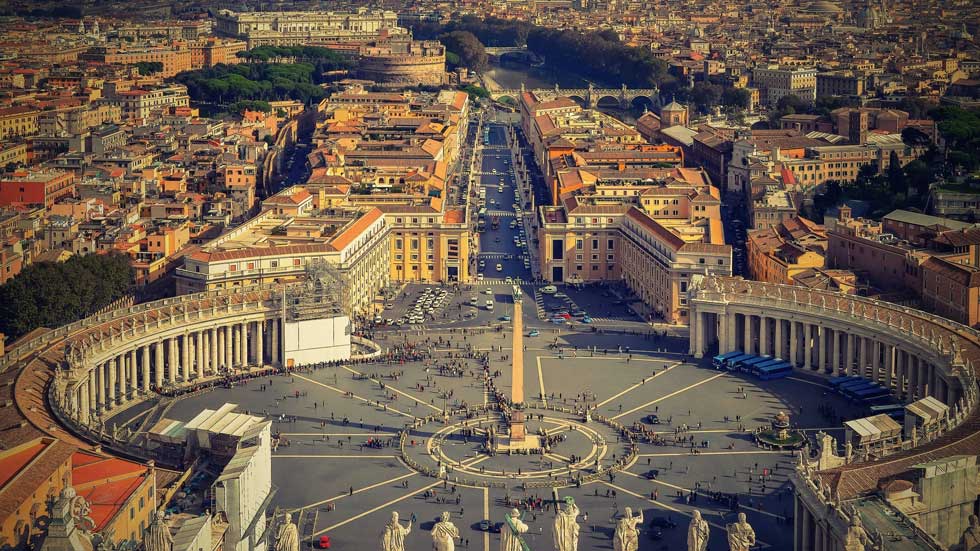 Paul, who was dishonest, could be called Christianity’s “Madison Avenue PR man” or “spin doctor.” He was paid to recast Jesus and change his supposed personality and teachings to make them more appealing to Western Gentiles.
So, in Paul’s writings, the Jews at the Temple of Jerusalem, not the Romans, were the ones who killed Jesus. Paul’s “Christ” had a message for all people, not just those who were very committed to the Torah. He was not a political Messiah sent to accuse and judge the Romans. Instead, he was the Christ, who was sent by God with a spiritual message for all people. Paul makes it clear that Jesus is in competition with the Pharisees and their Sanhedrin. (See Matthew 15 and Mark 7)

Paul’s version of Christ said that people should give Caesar his due and not fight against him. Christ’s message told people to give the other cheek and forgive those who hurt them. Paul’s “Christ” did not tell people to live a good life, like the Torah did. It stressed that Christ can forgive all sins and moral mistakes. It put a lot of emphasis on faith and belief. It let people off the hook, and the kings, emperors, and nobles of the West were very interested in this idea. The Christian way of thinking was much more acceptable than the strict Jewish way of thinking. Paul used a lot of pagan ideas to make his Christ figure familiar to people who didn’t believe in God.

Orthodox Jews, who were still stuck in the old, complicated way of thinking, naturally turned away from him because of this. Paul knew that the real “Christs” were his own Roman backers, the Flavians, Pisos, and other Atonist families from Rome and the Orient. For them, a new religion had to be made and pushed on the rest of the world. It would be set up from their capital city in the end, and it would be most important to people in the West. If it stopped the Jews from rebelling, that was good. But, despite what many authors and historians think, this is not why Christianity was made. Because they didn’t like how the Jerusalem Church was helping the Romans, many Jews decided to join breakaway sects and move to remote areas to keep the Torah’s ways alive and live a pure life.

The Essenes were one of the most important of these groups. It is likely that they wrote the Dead Sea Scrolls. When these texts were found again in the 20th century, the leaders of the Vatican felt very threatened. The people in charge at the Vatican knew that these documents would have information about Paul and the fake version of Christianity that was made for the West. This fear is at the heart of the campaign to hide the texts and stop them from being published all over the world. In AD 70, the Romans led by Titus Vespasian destroyed the temple, which was thought to be in Jerusalem. They also broke up the Nazarene Church, which never came back together. By doing this very real and clear thing, the Judeans’ religion was put an end to. From then on, Paul’s fake Christianity grew with little in the way of opposition. The Atonists were able to create a new version of their old religion. The old capsule could be shot out of the ship and broken up. So what if a few angry, landless religious extremists stuck to the old way? They didn’t pose any danger, so they could do what they wanted.

They would be sent to all parts of the empire, and soon no one would remember them. Rome was to be the new home and capital city of the Messiah, and the Anglo-Saxon peoples of the Western hemisphere were to be his new followers.
Thousands of people had been killed, and the families thought to have given birth to the rebel Messiah had been kicked out and almost completely wiped out. The temple was destroyed, the “holy of holies” was broken into and desecrated, and the Torah, which kept the people together, was taken under guard and taken to Rome. We should think about what words like “the sacking of Jerusalem” and “the destruction of the temple” really mean. They mean that “Judaism” was no longer important to the rest of the world. It was the end of the religion. Almost everything that was left belonged to the people who ran Rome.

In a way, Judaism was their property. The old religion was rewritten by Pauline Christianity. It would have whatever parts the people who made it wanted. Its goal was whatever its creators said it was. The elites of Judaism who were friendly to Rome could keep their oral traditions, but the common people would have to follow what the lords of Rome came up with for them. The emperor was in charge of their physical and spiritual well-being, and there was no question or debate about this. If the new “Judeo-Christian” books had historical stories, they were changed to fit the goals of Rome’s powerful families, who at the time controlled the whole world. Rome is the center of Christianity for a reason.

By the time of Bishop Marcion, a rich Christian extremist who was a strong supporter of Paul’s message and lived in the second century, Christianity was praised and the new Christ was seen as the king sent from heaven to save souls. Marcion, who may have been an Atheist, harshly criticized the Jews and their Torah, calling them “Anti-Christs” who were evil. He said that people should only believe what Paul says. Any other church or way of understanding the Bible was wrong and a heresy. He worked to get the Old Testament taken out of the Bible and to change how the Gospels were put together and what they meant. In Europe, the Marcionite sect was well-known for more than 300 years. Even more than Paul’s message, Marcion’s message of prejudice helped to show how different Christianity and Judaism were.

Related Post  What Do The Dead Sea Scrolls Say About Christianity?

Paul and Marcion didn’t seem to care that neither Jesus nor his followers ever wanted to start a new religion or break away from traditional Judaism based on the Torah. The people who wrote and spread the two major religions have done a good job of hiding how closely they are related. They have used the fact that Jesus didn’t like the Pharisees and that Christ’s personality and message were different to make it seem like Judaism and Christianity didn’t come from the same place. We have almost never questioned this lie, even though the official texts and scriptures were written hundreds of years after the events they claim to describe. We have also been tricked into thinking that they are a holy window into the strange world of the past, even though the vast majority of them have been heavily edited and make little to no sense.

We haven’t found out yet that they aren’t. The Dead Sea Scrolls have shown that the Old Testament and the Gospels are not what they say they are. This has made it hard to find out the truth about where religion came from. Justin Martyr, a Christian apologist who lived in the second century AD, wrote about a strange Bible passage that he called the “Prophecy” or “Oracle of Hystaspes.” The Romans killed anyone who even talked about this book or what it said. Even though it was clearly forbidden by the Roman government, Paul thought it would be best for this Christian audience.

The work wasn’t written by the pagan King Hystaspes of Media. Instead, it was written by a Jew. So-called prophecy said that two all-powerful but evil kings would rule over different countries. The first king who ruled by force would: “…bother the world with his intolerable rule…and think up new plans in his head so that he can take control of the government… And last but not least, he will change the name of the empire and move its seat.” ” The second king would be much worse than the first, and he would kill the first king and take his place. Then he would send fire from the sky and tell everyone to worship him as God’s true and only son.

Related Post  Why Flavius Josephus' Passage Of Jesus Was Fake

The second king would get what he wanted by using his power and charm. There have been many interesting ways to look at this prophecy about the two kings of the Earth, but most of them focus on the fight between Mark Anthony and Caesar Augustus. Some scholars have noticed that the two kings and the two beasts in John’s Book of Revelation, which is thought to have been written around the year 80 AD, are the same. In John’s story (13:11), the second beast, which talks like a big dragon, tells the world to make a picture of the first beast, which had a terrible wound that was slowly getting better.

We both agree that the two different fables are linked and may have been written by the same school.
But after reading the strange allegories, we think it’s likely that the two kings or beasts are two sides of the same person. We think that the reference to two entities is a clever way to keep the average reader from noticing the hidden message about the fate of only one party. We think of the kings and beasts as two parts of the same experience. The person they stand for had a big impact on the world.

He was a great “two-horned” or “double-crowned” king whose power and wealth nearly died when he was nearly killed. As he got better, he changed into a different person. He turned into a copy of himself and had two faces, like Janus. One face looked back into the past, and the other looked forward into the future. Even though he had problems and lost things, his drive to be powerful stayed strong and clear. When his life force came back, he was obsessed with making sure that his time as ruler of the world would be remembered forever. Even though it was from the past, it would never be forgotten or overshadowed.

Rabbinic tradition says that when Moses chose Aaron to be his successor at Mount Sinai, he put the sign of a cross on Aaron’s forehead. In fact, Laurence Gardner says in his book Genesis of the Grail Kings that the cross or sigil “X” has been the occult symbol of kings, princes, and priests for a long time, especially those of Judah, Egypt, Britain, and the United States. The next king would be powerful, but not kind. The whole world would have to do what he said or heaven would punish them.