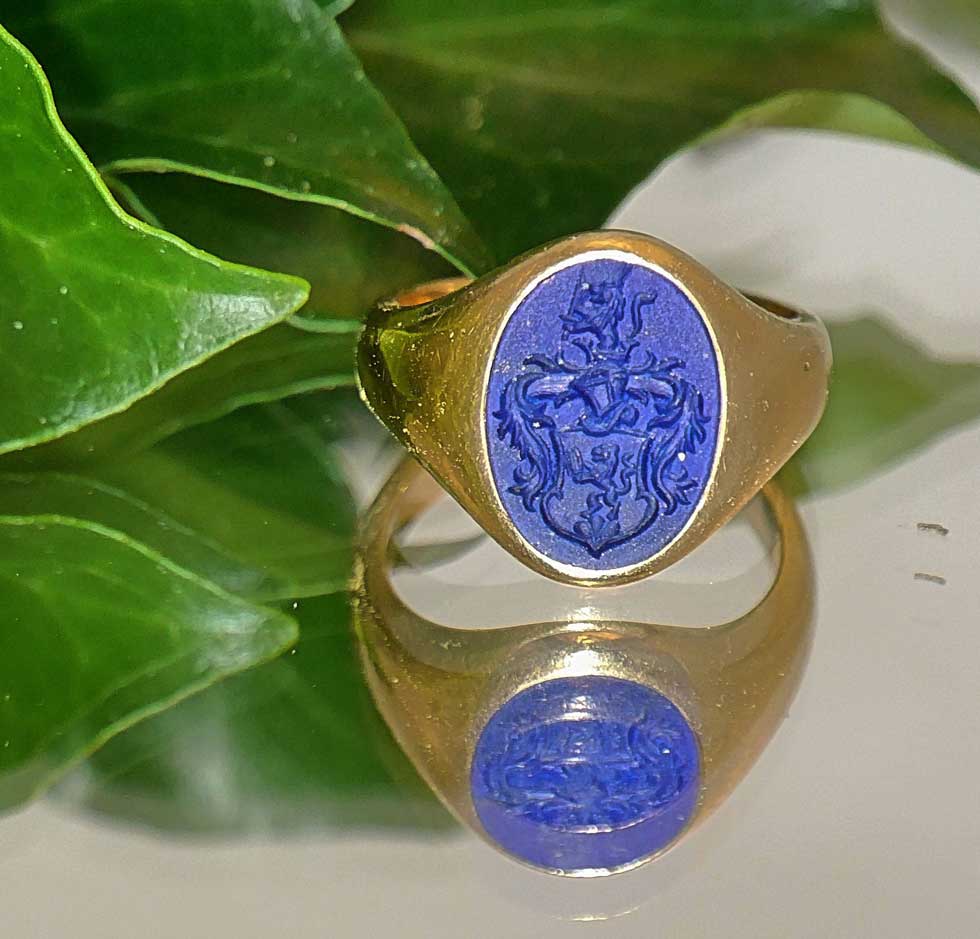 Since its discovery, lapis lazuli has been ascribed with a wide variety of meanings and connotations; nonetheless, its intrinsic divinity is perhaps the one that carries the most weight and significance. The stone’s whimsical coloring, which frequently resembled a starry night sky, undoubtedly conjured up an image of the heavens, which resulted in a long-standing relationship between the stone and the use of the stone in religious rituals. This was due to the stone’s ability to evoke an image of the heavens.

Lapis lazuli has been put to use as a decorative element in religious settings since ancient times. Inanna, the Sumerian Goddess of Love, is shown in one of the earliest tales as wearing a lapis lazuli necklace as she descended into the underworld. This myth is thought to be approximately 5,000 years old. It was believed in Sumerian culture that lapis lazuli contained the spirit of a god or goddess.

There is abundant evidence that it held a religious importance not only in the ancient societies of Mesopotamia and Egypt, but also in other ancient cultures. The Egyptian Goddess of Truth was most commonly represented by the gemstone lapis lazuli. This attribution definitely led to current conceptions of lapis lazuli as the stone of truth and clarity; nevertheless, these interpretations are not universally held. In addition, lapis lazuli was discovered in the graves of high-ranking individuals. Lapis was considered to be a sacred and royal sign in ancient Egypt. This was due to the fact that Egyptian kings were frequently compared to gods. The most famous application of the stone was in the construction of the funerary mask worn by Tutankhamun. It was believed that whoever wore a lapis lazuli pendant would be protected in the afterlife, and it was possible to use the costly goods that were buried with a person as a form of insurance.

Related Post  The Religious Side Of Sigmund Freud Nobody Knew

The idea that lapis lazuli has heavenly characteristics traveled with it through the ages and eventually found its way into Christian rituals as well. This belief persisted well into the Christian era. The azure stone was frequently utilized in the representation of the robes worn by saints and angels. Additionally, it had a strong connection to the Virgin Mary in particular. The colour lapis lazuli was frequently used in the design of the robes worn by the Virgin Mary, and it may be found in a large number of works of art from the classical period.

In addition, the appeal of lapis lazuli spread throughout the East. The rituals of a number of Asian religions, particularly Buddhism, developed to incorporate the stone in a significant way. Lapis lazuli was utilized as the primary colour in the creation of artistic renderings of Buddha sculptures, which were carved from the stone. The Russian Tsars were likewise enamored with the stone, and they frequently used it to embellish their palaces.

In modern times, lapis lazuli is valued more for its aesthetic qualities and less for its religious associations. Despite this, it is undeniable that its use in various religious rites across civilizations is the source of its purported metaphysical abilities as well as its folklore and mythology. It is a testament to the stone’s beauty and importance that it was elevated to a divine position in virtually every culture. Lapis lazuli has been prized for thousands of years.