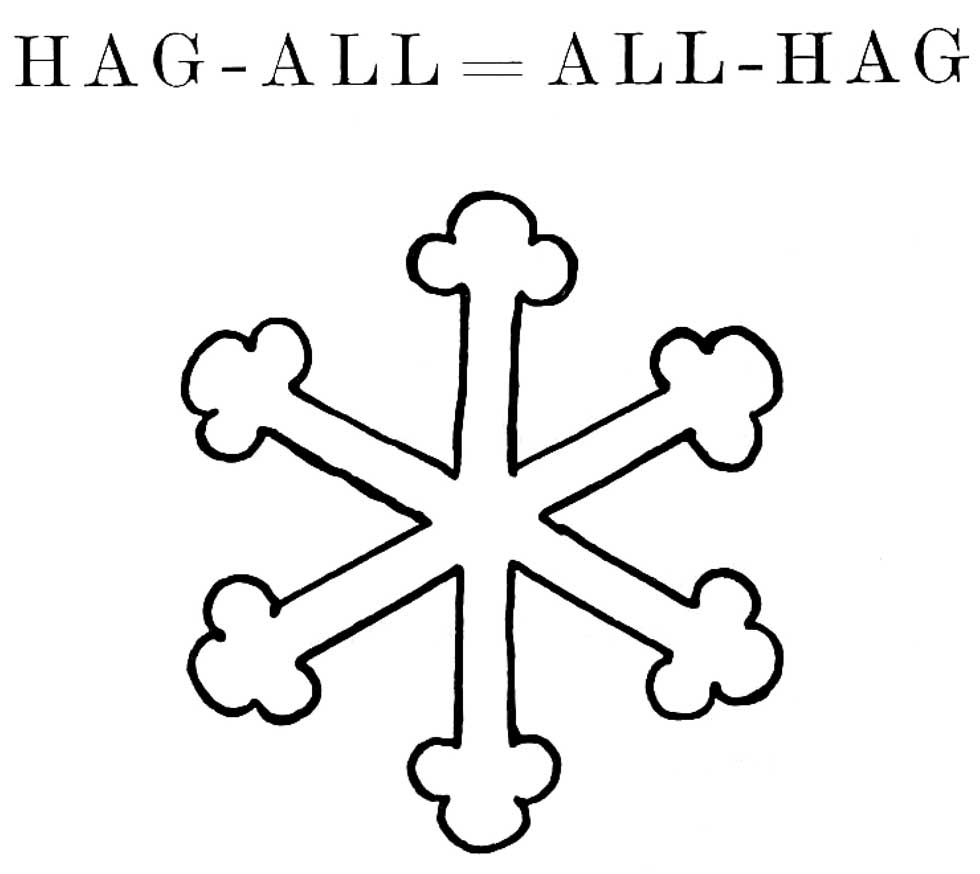 Guido von List and his followers thought that the Icelandic Eddas were stories about the ancient Aryans. Rudolf John Gorsleben, a playwright-turned-journalist who was born in Metz and grew up in Alsace-Lorraine (which became part of the German Reich in 1871), added to List’s occult-historical system. Gorsleben lived from 1883 to 1930. In this place, where people were divided between France and Germany, Gorsleben learned about Pan-German nationalism and was able to trace his family tree back to a noble family in Thuringia from the 1400s.
At the start of the First World War, Gorsleben fought first in a Bavarian regiment and then in a unit attached to the Turkish army in Arabia.

When the war was over, he moved to Munich, where he joined the Thule Society and got involved in right-wing politics. During a busy three years, Gorsleben became Gauleiter of the South Bavarian branch of the Deutschvolkischer Schutz- und Trutzbund, an anti-Semitic group that competed with the early Nazi Party. He became friends with right-wing people like Julius Streicher, who later ran the Nazi newspaper Der Stunner, and Lorenz Mesch, who was in charge of the Germanenorden and helped kill Erzberger.

Through his magazine, German Freedom, which was later renamed Arische Freiheit, Gorsleben spread his racist occult ideas. These ideas were based on the idea of racial purity and the reactivation of the occult powers that every Aryan had but had lost their strength. If these magical powers were back to their fullest, the Aryan would have full control over how nature works and would be able to dominate and rule the world. He repeated the Volga German belief that mixing races was bad for both partners and that a woman could be tainted by having sexual relations with a man of a lower race, and that any children she had after that, even if she had them with a man of the same race, would also be tainted.

When it came to the Eddas, Gorsleben thought that the Scandinavian runes had magical power built into them. He thought that people who knew what the runes meant could use them as a spiritual channel through which the force that drives the Universe itself could flow. The asterisk-shaped hagall rune was by far the most powerful, since all the other runes could be hidden inside it. Also, Gorsleben may have been the first occultist to talk about the magical power of crystals, which he thought of as the runes in three dimensions. According to this theory, the spirit of each person can be linked to a certain type of crystal, which can be seen through the skill of mediumship.

In the medieval town of Dinkelsbuhl in Franconia, Gorsleben started the Edda Society in November 1925. Friedrich Schaefer was the society’s treasurer. He was a friend of Karl Maria Wiligut, who would go on to have a big impact on Heinrich Himmler. Gorsleben died of heart disease in August 1930. Werner von Bulow (1870-1947), who had made a “world-rune-clock” that showed how the runes, the zodiac, numbers, and gods all fit together, took over the Edda Society.
Bulow also took over running Gorsleben’s magazine and changed its name from Arische Freiheit to Hag All All Hag and then Hagal.

The Edda Society’s main goal was to study the ancient Aryan religion by figuring out what the runes meant in Norse mythology, the history of the lost Atlantean civilization, and the many prehistoric monuments of Europe. However, in 1933, it swore allegiance to National Socialism by writing in Hagal that the rise of Nazism was happening because it was in line with universal laws.
Hagal also wrote about Wiligut’s clairvoyant memories of his ancestors, which were thought to be very important to understanding the occult history of the Germanic people.
Not all rune scholars agreed with the racist, anti-Semitic interpretation of the Eddas, which is interesting. For example, the writings of Guido von List inspired one rune occultist, Friedrich Bernhard Marby (1882–1966), to combine rune knowledge with astrology. Marby wrote about the health benefits of meditating on the runes in his 1924 newspaper, “Der eigene Weg,” and in his 1931 book series, “Marhy-Runen-Bucherei.” He was accused of being anti-Nazi by the Third Reich in 1936 and sent to Welzheim, Flossenburg, and Dachau concentration camps. He wasn’t freed until April 1945, when the Allies freed the camps.

Even though he wasn’t as racist as some of the other volkisch occultists of the time, Marby believed in a similar theory to Liebenfels’s. He thought that the universe was mainly electrical, which was inspired by the recent discovery of radiation and the new ways that electricity was being used. Marby thought that cosmic rays were all over the universe and that people could both receive and send them. Also, the good effects of these rays could be increased by putting your body in positions that look like runes, which is a practice that looks a lot like yoga.

Siegfried Adolf Kummer, who was born in 1899, started a rune school in Dresden in 1927. It was called Runa. Runa focused on ritual magic, like drawing magic circles with the names of Germanic gods inside them and using traditional magic tools like candelabras and censers. During these rituals, the names of the runes were said out loud, and the shapes of the runes were drawn in the air to help the magic work.
Wiligut said bad things about both Marby and Kummer because he didn’t like the way they did things.

Other occultists were more interested in astrology and other things that we would call “paranormal” today than rune occultism. Georg Lomer, who lived from 1877 to 1957, was trained as a doctor, but after he learned about Theosophy, he became interested in alternative ways to treat illness, such as using dream symbols and palmistry. By 1925, Lomer had added astrology to his list of occult interests. The result was a blend of Germanic paganism and astrology. Goodrick-Clarke says, “Lomer, like the other post-war Aryan occultists, used occult materials to bring to light the forgotten Aryan heritage.”

In Germany and Austria in the late 1800s and early 1900s, occultism was based on the idea that the modern world was full of evil and corruption, especially the hated Weimar Republic, which smelled of defeat, weakness, and decadence. People like List, Liebenfels, Sebottendorff, and their followers thought that the future of humanity did not lie in industrialization, urbanization, and international finance, which they saw as destroying traditional, rural ways of life and turning their ancestral homelands into violent places. Instead, they thought that the future of humanity lay in the revival of ancient Aryan culture and the preservation of racial purity. Because the Aryans had a great magical history that went back to the lost lands of Atlantis, Lemuria, Hyperborea, and Ultima Thule, which was a long time ago. Out of the mists of time came this lost Golden Age of giants and “god-men” who had amazing, superhuman abilities but were now gone because they had mixed with people from other races. Through their activities, the volkisch occultists hoped to create a magical and cultural link to these lost times and, through racial segregation and later genocide, to restore the global hegemony of the Aryan Superman.

After we finished looking at how Germanic occultism developed and was used around the turn of the twentieth century, we have to go back a few thousand years and look at that lost Golden Age. We’re about to go into the strange world of crypto-history, which will take us far away from Germany in the years between the wars and, in fact, far away from the standard view of all of human history. So, we can find the mythological roots of volkisch occultism in the stories about the lost Aryan homeland. In the next chapter, we will travel through the frozen tundra of the far North and an ancient sea where the Gobi Desert is now. We will also go over Madame Blavatsky’s ideas about the Root Races of humanity again. By the end of the chapter, we will have looked at the origins, mystical meaning, and ultimate corruption of the swastika. This will prepare us for the scary journey into the nightmare world of Nazi occultism.