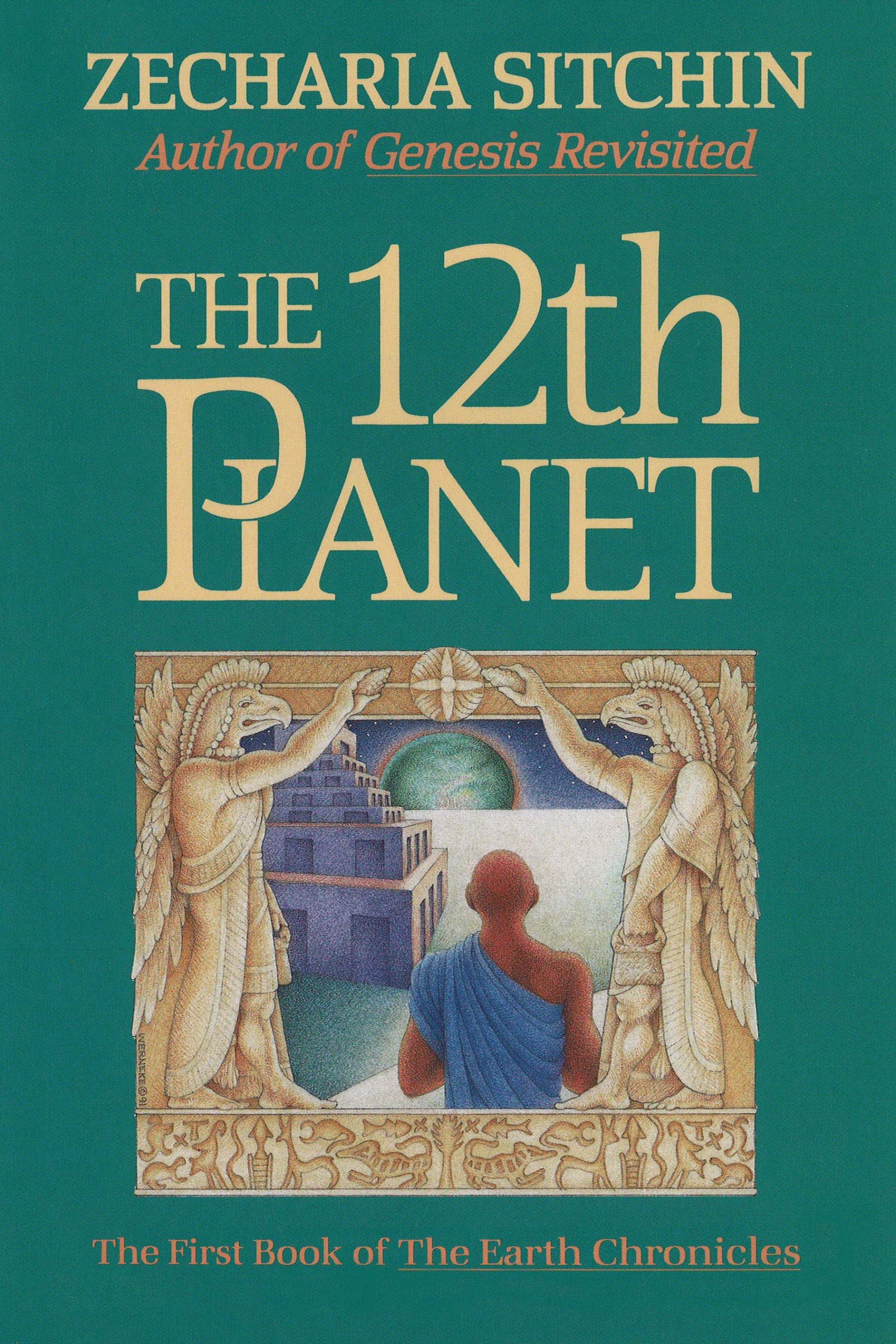 Surprising evidence has been discovered over the years, questioning long-held beliefs about the origins of the Earth and life on it, and implying the existence of a superior race of beings that once inhabited our planet. The 12th Planet is the first book in Zecharia Sitchin’s prophetic Earth Chronicles series—a revolutionary body of work that presents undeniable documentary proof of humanity’s extraterrestrial forefathers—the result of thirty years of hard research. They visited eons ago, travelers from the stars, and planted the genetic seed that would eventually blossom into a unique species…called Man.

The 12th Planet brings the Sumerian civilization to life by revealing millennia-old evidence of Nibiru, the Anunnaki’s home world, and the Anunnaki’s landings on Earth every 3,600 years, as well as a complete history of the solar system as told by these early visitors from another planet.

The Earth Chronicles series by Zecharia Sitchin, which has sold millions of copies worldwide, is about the history and prehistory of Earth and humanity. Each book in the series is based on information carved into clay tablets by ancient Near Eastern cultures. For the first time, the series is available in highly legible, hardbound collector’s editions with improved maps and diagrams.

Zecharia Sitchin contends in THE 12TH PLANET that Sumerian myths of a pantheon of gods are true, and that Earth’s solar system includes an additional planet called Shar that orbits the sun in an irregular orbit that takes it deep into space every 3,600 years. He says that advanced alien entities known as Nefilim live on the planet. He describes how the arrival of this planet produced the solar system as we know it, based on a Sumerian genesis myth, and he credits the Nefilim with progressing humanity as well as the accounts of the Great Flood.

Related Post  Who were the anunnaki? Myth or fact?

Sitchin traces the history of archeological research into ancient societies, following the known culture of ancient Greece back to earlier cultures and eventually arriving at Sumer, the earliest known civilisation. He conveys the notion that early civilizations were more advanced than later civilizations, and that Sumer emerged out of nowhere and was incredibly advanced. Sumer is shrouded in mystery in this sense. Sitchin also tells the myths of the Greek and Roman gods, tracing similar tales through different cultures until he reaches Sumerian mythology.

Anu, a distant parent deity, and his two sons, Enlil and Enki, who struggle for domination and power, are the main mythological figures. The gods descend from heaven and walk among the people on Earth. The Sumerian stories, according to Sitchin, are true accounts of extraterrestrials from another planet in the solar system who came to Earth 450,000 years ago to dig for gold and other precious minerals. The aliens used helicopter-like flying vehicles to navigate around Earth, as well as formidable weapons and rockets to reach their planet.

According to Sitchin, the missing planet Shar travels from deep space to the asteroid belt on a 3,600-mile elliptical orbit. The planet smashed into the solar system from space, knocking Pluto into its current orbit and slicing one planet in two, forming Earth on one side and the asteroid belt on the other. It also shifted the moon into its proper position. Sitchin’s statements are based on his interpretation of Sumerian mythology as true stories.

While on Earth, the Nefilim, as Sitchin refers to them, genetically altered humans as a slave race to aid in mining. Because Enki granted humanity the ability to breed, Enlil felt dissatisfied (a reinterpretation of the story of the Garden of Eden). Enlil planned to exterminate humans, therefore he did not inform them of the impending Deluge (the story of Noah.) The Deluge, according to Sitchin, was caused by tidal surges at the conclusion of the previous ice age. Enki acted as God in the rescue of “Noah.” After the Great Flood, the gods granted humanity agriculture and assisted in the development of civilisation. However, when the humans attempted to build a rocket ship (a retelling of the Tower of Babel), the gods divided them into three groups, each with its own language.