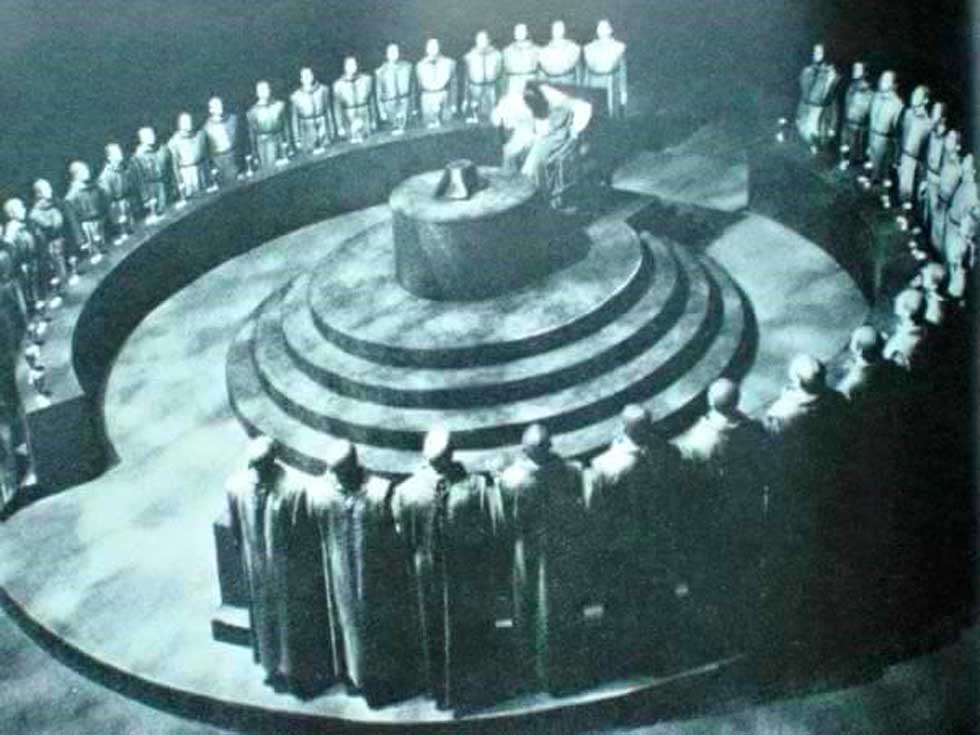 The stories about Thule, which are set in the Arctic, come from the stories about Atlantis. Plato’s Timaeus and Critias said that the “lost continent” of Atlantis was “beyond the Pillars of Hercules” in the Atlantic Ocean. This idea was challenged in the late 1600s by the Swedish writer Olaus Rudbeck (1630–1702), who said that the lost civilization, which had conquered North Africa and much of Europe 9,000 years ago, had been based in Sweden.
In the middle of the eighteenth century, a French astronomer and mystic named Jean-Sylvain Bailly (1736–1793) became interested in this strange idea. He came to the conclusion that the great achievements of ancient civilizations like Egypt and China were the result of knowledge passed down from a much better ancient culture that lived in the far North.
Bailly says that when the Earth was younger, it had a lot more heat on the inside, so the North Polar regions must have had a temperate climate a long time ago. Bailly linked Rudbeck’s Atlanteans to the Hyperboreans of ancient myth by combining this idea with his belief that these kinds of climates are the best for science and civilization. Because this high civilization was in the far north, tall, blond, blue-eyed Nordic people came to be seen as the best people in the world.

Guido von List, Jorg Lanz von Liebenfels, and Rudolf von Sebottendorff were the ones who came up with the idea of Thule and the Thule Society (1875-1945). All three of them added the word “von” to their names to make them sound like they were from a noble family. In his study of Polar mythology, Arktos (1993), Joscelyn Godwin says, “One of the things that sets master-race philosophy apart is that no one is known to have adopted it who doesn’t think of himself as a member of that race.” And if you believe that Nature or God chose your race to be the best, what could be more tempting than to put yourself at the top of the hierarchy?

As we’ve seen, Liebenfels started the ritualistic and virulently racist Order of the New Templars in 1907. This group was the model for Heinrich Himmler’s SS, which was a bad thing (Schutzstaffel). Liebenfels was a big fan of Madame Blavatsky, who came up with the idea that people are descended from a series of “Root Races” that went from being spiritually pure to being crude and barbaric over the course of thousands of years. Blavatsky says that the anthropoid apes could have come about because the Third Root Race of humans acted like beasts with monsters. Liebenfels took this idea and twisted it in the worst way possible. He said that the non-Aryan races were the result of the original Aryans acting like animals after they left the paradise of their northern homeland, which he called Arktogaa (Greek for “northern earth”).

Related Post  Scorpio and Scorpio Compatibility in Relationships and Love

Guido von List, who, like Liebenfels, was born in Vienna, liked these ideas. He was a key figure in the rise of the volkisch movement. As we’ve seen, this movement was marked by a love of unspoiled nature, vegetarianism, ancient wisdom, astrology, and earth energies. List had already been a key figure in the formation of the secret, quasi-Masonic Germanenorden. The goal of this group was to stop what its members thought was a secret international plot to corrupt German public life by Jews. During the First World War, the Germanenorden was still going strong. It put out a newsletter and put ads in newspapers asking people “of pure Aryan descent” to join. Rudolph von Sebottendorff met Hermann Pohl, the leader of the Germanenorden, because he replied to one of these ads.

Sebottendorff wanted to be an engineer at first, but he didn’t finish his studies at the Berlin-Charlottenburg Polytechnic. Since he couldn’t get a job in Germany as an engineer, he decided to go to sea. After working on a few steamships and failing as a gold prospector in Western Australia, Sebottendorff went to Egypt and then Turkey in 1900. There, he studied the Turkish people and became very interested in occult science and theocracies from the past.
By 1916, Sebottendorff was married and living in the popular Bavarian spa town of Bad Aibling. In September of that year, when they met in Berlin, Sebottendorff found out that Pohl thought that mixing with people of other races, especially Jews, had robbed the Aryan race of its knowledge of magic, and that the only way to get it back was to keep the Aryan race pure. When Sebottendorff got back to Bad Aibling, he started right away to plan a campaign to get more people to join the Germanenorden in Bavaria.

In 1918, Sebottendorff met Walter Nauhaus, an art student who had been hurt badly on the Western Front in 1914 and was kicked out of the war because of it. Nauhaus was also very interested in the occult, like Sebottendorff, and soon became an important member of the Germanenorden’s Bavarian recruitment team. Nauhaus was the one who suggested that the order’s name be changed from Germanenorden to Thule Gesellschaft (Thule Society), so that, according to Goodrick-Clarke, “socialist and pro-Republican elements would not bother it.” On August 17, 1918, there was a ceremony to start the Thule Society. The society met at the trendy Hotel Vierjahreszeiten in Munich. The rooms were decorated with the Thule symbol, which was a long dagger with oak leaves around the blade and a shining swastika with curved arms.

On the eve of the Armistice, which meant that Germany had lost the First World War, the Thule Society held a meeting on November 9, 1918. They were horrified by the thought of the Kaiser stepping down and the fact that the Soviet Workers’ and Soldiers’ Councils had taken power in Bavaria. At this meeting, Sebottendorff gave an impassioned speech to his fellow Thuleans. He said, “Yesterday we saw the end of everything we knew.” In place of our Germanic princes, our most dangerous enemy, Judah, is in charge. We don’t know yet what this chaos will lead to. We can guess, though. There will be a time of struggle, the deepest need, and danger. I am sure that the Thule Society will join this fight. Our Order is of Germanic origin, and so is loyalty.

And the eagle is the Aryan symbol. The eagle is colored red to show that it has the ability to set itself on fire. From now on, the red eagle will be our symbol. It reminds us that we must die in order to live.

The Thule Society kept meeting at the Hotel Vierjahreszeiten, while Sebottendorff used popular journalism to spread his ideas from the upper and middle classes to the working class. In 1918, he paid 5,000 marks to buy a small Munich newspaper called the Beobachter, which came out once a week. Sebottendorff changed the name of the paper to the Munchener Beobachter und Sportblatt and added sports stories to attract a younger, working-class audience for the anti-Semitic editorials that the paper’s previous owner, Franz Eher, had written. The Munchener Beobachter and Sportblatt changed into the Volkischer Beobachter in 1920. The Volkischer Beobachter was later the official newspaper of the Nazi Party.
On April 26, 1919, Communists caught seven members of the Thule Society and took them to the Luitpold Gymnasium, which had been a Red Army post for the past two weeks. Walter Nauhaus, Countess Hella von Westarp (the society’s secretary), and Prince Gustav von Thurn und Taxis (who had many relatives in the royal families of Europe) were among the people who were taken hostage. Four days later, on April 30, the hostages were shot in the cellar of the Gymnasium as payback for the deaths of Red prisoners at Starnberg. The killing of members of the Thule Society led to a violent public uprising in Munich, which, along with the arrival of White troops on May 1, led to the end of the Communist Republic.
In 1918, Sebottendorff was able to spread the Thule Society’s influence through journalism to the working classes. He did this by asking Karl Harrer, a sports reporter for a Munich evening paper who was very interested in volkisch ideology, to start a workers’ ring. During the winter of 1918, this small group met once a week and talked about things like the defeat of Germany and the Jews as an enemy. At Anton Drexler’s suggestion, the workers’ ring turned into the Deutsche Arbeiterpartei (DAP) on January 5, 1919. The DAP changed its name to the National Socialist German Workers’ Party in February 1920. (NSDAP). By that time, an army spy had already joined the party in order to keep an eye on what was going on. Instead, he agreed with it, wrote new rules for the committee, and was soon elected President of it. Adolf Hitler was his name.