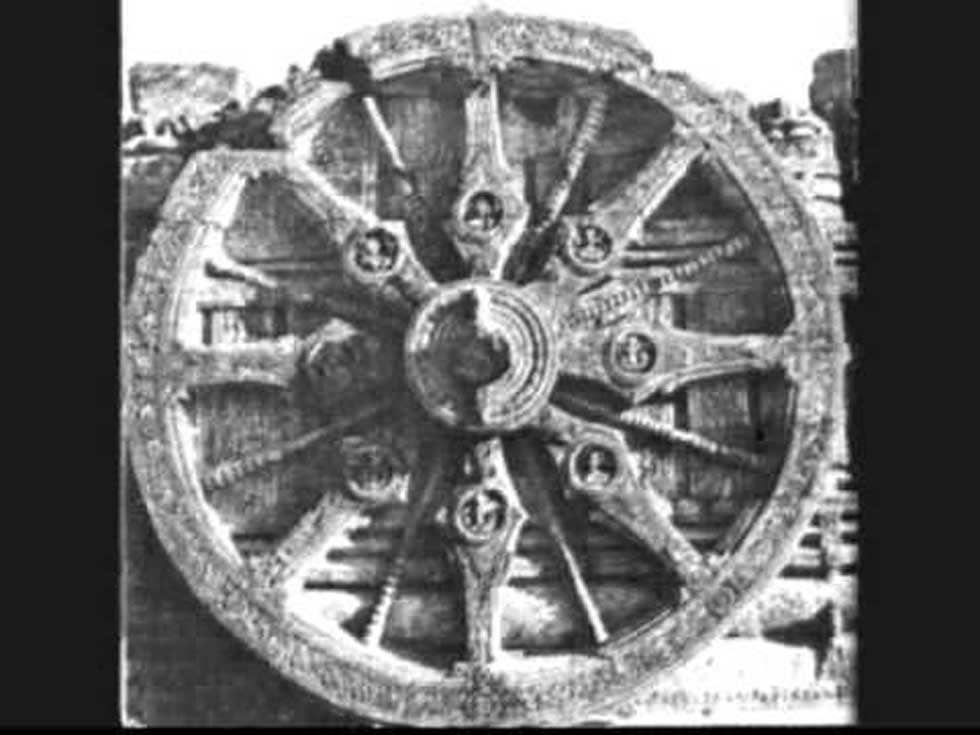 In May 1912, there was a meeting at the home of Theodor Fritsch in Leipzig. About twenty well-known Pan-Germans and anti-Semites were at this meeting. Their goal was to start two groups to warn Germans about the dangers that they thought Jews in business and finance posed to small businesses. The Reichshammerbund and the Germanenorden were the names of these groups (Order of Germans). Fritsch was born on October 28, 1852, to Saxon farmers. He became a milling engineer and ran the Kleine Muhlen-Journal (Small-Mills Journal). Like most activists of the time, he was anti-Semitic because he feared that international Jewish influence would speed up industrialization, technology, and mass production, which he saw as a threat to small tradesmen and craftsmen.

Even though Fritsch had political leanings, he decided not to run for either of the two German anti-Semitic parties, the Deutsch-Soziale Partei or the Antisemitische Volkspartei, which were both founded in Bochum in 1889. He didn’t think anti-Semitism would work in parliament, so he didn’t want to be a part of them. Goodrick-Clarke says that Fritsch’s belief that anti-Semitism in parliament doesn’t work turned out to be true.
When there was more than one party after the Bochum conference, competition between them made it harder for anti-Semitic candidates to win seats in the Reichstag.
Also, when the two parties came together in 1894 to form the Deutsch-Soziale Reformpartei, there was a big drop in anti-Semitism, which was replaced with “an appeal to more conservative and middle-class economic interests.”

In the mid-1860s, racist writers like the French aristocrat Comte Vacher de Lapouge and the Germanized Englishman Houston Stewart Chamberlain were influenced by biology and zoology and focused more on “scientific” studies of race (although they were, of course, nothing of the kind). These writers said that Jews were the biggest threat to the supremacy of the Aryan race. They tried to back up their claims by talking about things like the color of hair and eyes and the shape of the skull. For de Lapouge, Jews were the most dangerous group because they were so well integrated into European society. Chamberlain, in particular, did a lot to make mystical racism popular in Germany. Stanley G. Payne says that beyond the Aryan racial stereotype (tall, blond, blue-eyed), Chamberlain believed in a special “race soul” that gave Aryans a more imaginative and deep spirit and led to a “German religion,” which was still (in part) vaguely related to Christianity. The Jew was the person who hated Aryans the most and was the worst racial enemy.

Chamberlain mixed Social Darwinism with racism. He emphasized an endless racial struggle for the purity of Aryanism and against Jews and other “lesser” peoples, such as Slavs and Latinos. This almost made a race war possible.
Fritsch wanted to start a powerful anti-Semitic movement outside of the ineffective parliament. In January 1902, he started a magazine called the Hammer.
By 1905, 3,000 people were reading it. These readers formed themselves into \sHammer-Gemeinden (Hammer-Groups), changing their name in 1908 to Deutsches Erneuerungs-Gemeinde (German Renewal Groups) (German Renewal Groups). Their members were interested in anti-capitalist ways to improve the lives of farmers, like the garden city movement and Lebensreform.

Conservatives and anti-Semites lost 41 of their 109 Reichstag seats in the January 1912 elections, which was a humiliating loss. On the other hand, the Social Democratic Party went from having 43 seats to having 110 seats. Fritsch gave a good review in the Hammer to a violently anti-Semitic book called “Wenn ich der Kaiser wäre!” by Heinrich Class, the head of the Pan-German League. He decided that it was time to start an anti-Semitic group that would not be controlled or influenced by any party.
As we’ve already said, at the meeting in Fritsch’s home in Leipzig on May 24, 1912, two groups were formed: the Reichshammerbund, which brought together all existing Hammer-Groups, and the Germanenorden, whose secretive nature reflected the belief of anti-Semites that Jewish influence in public life could only be the result of a secret international conspiracy that could only be stopped by a quasi-Masonic lodge whose members’ names would be kept secret to prevent.

In that year, Germanenorden lodges were set up all over Northern and Eastern Germany. They called for the rebirth of a racially pure Germany and for the “parasitic” Jews to be sent away from the country. By the end of July, there were lodges in Breslau, Dresden, Königsberg, Berlin, and Hamburg. By the end of 1912, 316 brothers had joined the Germanenorden. The main goal of these groups was to keep an eye on what Jews were doing. Members also helped each other with business and other things.
The teachings of Ariosophy had a big impact on the Germanenorden. Any German who wanted to join the order had to give information about the color of their hair, eyes, and skin. They also had to show that they were 100% Aryan. Anyone with a physical disability, or even just someone who looked “unpleasant,” was not allowed to join. The symbols that the Order used were also based on Ariosophy.

Goodrick-Clarke says, “From the middle of 1916, the front cover of the official Order newsletter, the Allgemeine Ordens-Nachrichten, began to show a swastika with curved arms on top of a cross.” The swastika was used by several German volkisch groups at the time, but the National Socialists got their hands on it through the Germanenorden and the Thule Society, which took over for the Germanenorden in Munich after the war.
At the very least, the Germanenorden’s initiation ceremonies were strange.
Initiation would take place in the lodge’s ceremonial room, where the blindfolded novice would meet the Master, two Knights in white robes and horned helmets, the Treasurer and Secretary with white Masonic sashes, and the Herald, who stood in the middle of the room. “At the back of the room in the grove of the Grail stood the Bard in a white gown, and in front of him stood the Master of Ceremonies in a blue gown Behind the Grove of the Grail, there was a room with a harmonium, piano, and a small choir of “forest elves” playing the music.

When the ceremony started, the brothers sang the Pilgrims’ Chorus from Wagner’s Tannhauser while making the swastika sign. The novice was then told what the Order thought about the world, and the Bard lit the holy flame in the Grail’s grove. At this point, the Master took Wotan’s spear and held it in front of him while the two Knights crossed their swords on it. The oath of the novices was finished with a series of calls and answers set to music from Lohengrin.

When the First World War broke out in 1914, the Germanenorden started to have problems with both its members and its finances. Many members of the Order died in battle, and the leader of the Order, Hermann Pohl, was afraid that the war would destroy it in the end. Several high-ranking members were starting to criticize Pohl’s ability to lead because he put so much emphasis on rituals and ceremonies like the ones listed above. On October 8, 1916, members of the Berlin lodge said that Pohl should be fired. In response, Pohl announced the formation of the Germanenorden Walvater of the Holy Grail, which was a breakaway order. General-major Erwin von Heimerdinger was in charge of the first Order.

Related Post  How The Thule Society Helped Create The NSDAP

After the split in 1916, the Germanenorden became much weaker, and many of its members didn’t know what its status was (many assumed that it had been disbanded).
But after the war ended in November 1918, people tried to bring back its fortunes and power. Grand Master Eberhard von Brockhusen thought that the Order would benefit from a constitution, which he was able to set up in 1921. This constitution “provided for an extraordinarily complex organization of grades, rings, and provincial “citadels” (Burgen) meant to create secrecy for a nationwide system of local groups with many ties to militant volkisch associations..,”

In the years after World War II, the Germanenorden’s verbal violence turned into killings of public figures. The new Republic was hated because it was a sign of defeat, and it was the Germanenorden that ordered the murder of Matthias Erzberger, the former Reich Finance Minister and head of the German delegation to Compiegne (one of the so-called “November criminals”) who had signed the armistice. Heinrich Schulz and Heinrich Tillessen killed him. In 1920, they moved to Regensburg, where they met Lorenz Mesch, the leader of the Germanenorden in the area. The Order chose them to kill Erzberger because they had become interested in volkisch ideology after the war and were heavily influenced by its propaganda. They did this in August 1921.

From 1921 on, people who were right-wing and anti-Semitic in the hated Weimar Republic turned their attention to the Germanenorden. Rudolf von Sebottendorff joined Hermann Pohl’s Germanenorden Walvater, which was a group that broke away from the Germanenorden, in 1917. This was the start of the legendary Thule Society.