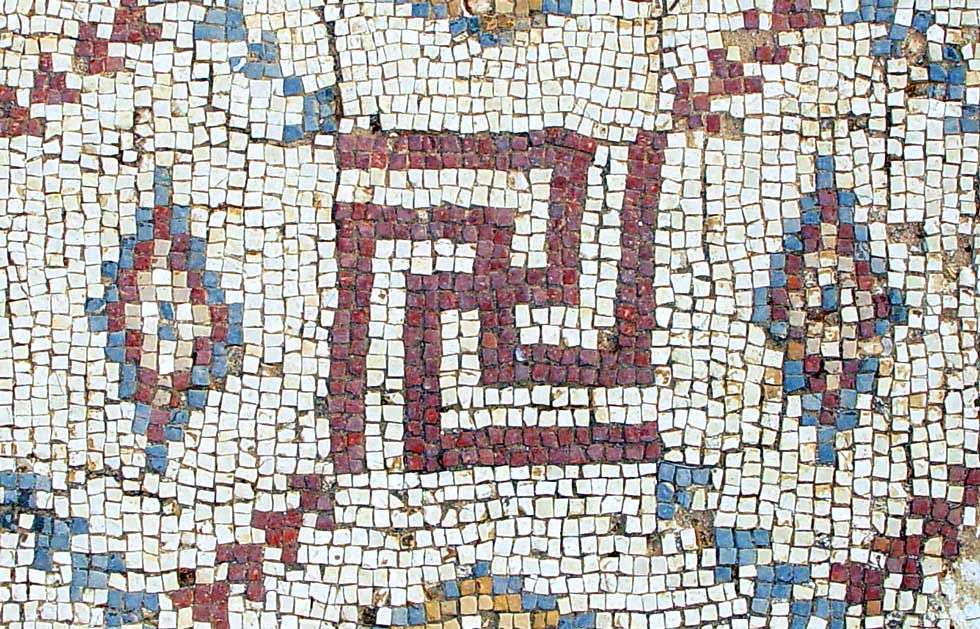 From the Bronze Age onward, the swastika was a common symbol that was used on all kinds of things. The word “swastika” comes from the Sanskrit words su (which means “good” in Greek), asti (which means “to be” in Greek), and the suffix ka. The word for “good luck” in Sanskrit and Tibetan is “Swasti,” which means “may it be auspicious.”
Joscelyn Godwin says that the shape of the swastika comes from the constellation Arktos, which is also called the Big Dipper, the Plough, and the Great Bear. If you are in the Northern Hemisphere, it looks like this constellation revolves around Polaris, the North Star (an effect caused by the rotation of the Earth). If the positions of Arktos in relation to Polaris are shown as pictures (one for each season), the result is very similar to a swastika. In fact, in 4000 BC, they were the same thing. Because of this, the swastika, which also means “good luck,” has been used to stand for the Pole.

In the 1800s, the swastika became more important in Europe, especially in the fields of comparative ethnology and Oriental studies. Since the symbol was not found in Egypt, Chaldea, Assyria, or Phoenicia, ethnologists thought that it was an Aryan sun symbol. Madame Blavatsky saw the symbol’s meaning and put it on the Theosophical Society’s seal to represent the harmony of universal movement. Godwin says that the swastika’s “good luck” associations were so innocent that it was used as the symbol of the British War Savings Scheme during World War I. It was used on coupons and stamps.

The swastika can be used with either your left or right hand. But it’s easy to get confused when trying to figure out what “left” and “right” mean when it comes to this symbol. Some occultists and historians like to define left and right by the direction the arms face as they reach out from the center, while others like to use the direction of rotation to define left and right. People get confused because a swastika whose arms move to the left looks like it’s turning to the right, and vice versa.

Writers on the occult have given each type of swastika a different meaning. For example, the Frenchman Andre Brissaud says that the swastika that spins in the opposite direction of the Earth’s axis is the “Wheel of the Golden Sun,” which stands for creation, evolution, and fertility. Brissaud says that the swastika, which spins in a clockwise direction, is the “Wheel of the Black Sun,” which stands for man’s search for power against Heaven.  Miguel Serrano, a Chilean diplomat, esotericist, and Hitler apologist who was born in 1917 and who we will meet again in the last chapter, has another explanation for the left-handed and right-handed swastikas: The left-handed (clockwise-turning) symbol shows how the ancient Aryan Race moved away from its home at the North Pole. The right-handed (counter-clockwise-turning) symbol, which the Nazis used, shows how the Aryans were destined to return to their spiritual center at the South Pole. No matter how true these ideas are, the old decorative swastikas don’t show any preference for one type over the other. The difference between left and right is thought to be most important in Tibet.

Both Nicholas Roerich and Anagarika Govinda noticed that the ancient Bon-Po religion’s swastika points to the left, while the Buddhist one points to the right. Now, it is true that the Bon-Pos do ritual circumabulations counter-clockwise and the Buddhists do them clockwise, but almost all of the Buddhist art that Thomas Wilson collected shows left-handed swastikas, just like the ones on the Bon-Pos’ ritual scepter, which is their version of the Buddhist vajra. One can only say that the swastika should be right-handed if it represents the path of the sun, like in Buddhism, and left-handed if it represents the movement of the poles, like in Bon-Po. But the problem is probably caused by the ambiguity of the symbol itself, which makes the swastika with the left hand look like it is turning to the right and the one with the right hand look like it is turning to the left.

Related Post  Helena Blavatsky Hyperborea And The Other Ancient Continents

Guido von List and Lanz von Liebenfels’ writings made the swastika popular among German anti-Semitic groups. They took the symbol of good luck and world peace and used it to represent the unbeatable Germanic hero. As you might expect, the fact that the National Socialist German Workers’ Party (NSDAP) used a swastika as their banner and turned it counter-clockwise has also caused a lot of trouble in occult and esoteric circles.

Francis King, a historian of the occult, says that when Hitler asked for ideas for a banner, every one of them had a swastika on it. Hitler chose the one that a dentist from Sternberg named Dr. Friedrich Krohn had made. But the design had a swastika that turned in a clockwise direction. This meant good luck, harmony, and spirituality.
Hitler decided to turn the design around and make the swastika go in the opposite direction, which is a sign of evil and black magic. Again, we have to figure out what a right-handed and a left-handed swastika are. Was the Nazi sign right-handed, which usually means good, or left-handed, which usually means bad? The hooked arms of the Nazi swastika reach to the right, so it could be said that it is right-handed. On the other hand, it could be said that it is left-handed because it seems to turn counter-clockwise. Ken Anderson, a journalist, says, “What we’re dealing with here is subjective definition… We can guess that Hitler turned the cross around because Krohn’s cross was associated with black magic and evil, and he wanted his new party to be associated with good luck, spiritual growth, and other good things.  (Original emphasis.) Anderson seems to have a little bit of tongue in his cheek, but his interpretation is almost certainly right for two reasons.

First, it’s important to remember that Hitler himself didn’t have much time for occult nonsense and was definitely not the practicing black magician that many occultists say he was. Second, the idea that Hitler thought of himself as “evil” (which he would have had to in order to turn a positive symbol into a negative one) or that he liked the idea of being evil is ridiculous. As we said in the introduction, one of the scariest and most confusing things about Adolf Hitler is that he didn’t think of himself as “evil.” As Trevor-Roper says, Hitler was sure that he was right and that he was doing the right thing by killing Jews and other groups that the Nazis wanted to get rid of.

Related Post  Nazi Expeditions To Iceland, Antarctica and Tibet In Search Of The Home Of The Aryan Race

Also, Hitler does not say anything about this change in his disgusting Mein Kampf. Considering that he took most of the credit for the design himself and didn’t even mention Krohn’s name, he would have had to explain why he changed the design of the NSDAP banner so drastically:
I had to turn down every single one of the many ideas that came from the young movement. As Leader, I didn’t want to announce my own plan right away, because it was possible that someone else would come up with one that was just as good or even better. A dentist from Starnberg did come up with a design that wasn’t bad at all and, in fact, was pretty close to mine. The only problem was that a swastika with curved legs was made into a white disk, which wasn’t right.
I, on the other hand, had tried many times and finally settled on a red background, a white disk, and a black swastika in the middle of the flag. After a lot of testing, I also found that the size of the flag, the size of the white disk, and the shape and thickness of the swastika all fit together in a clear way.
Hitler says that the entry he got, which was similar to his own, had only one flaw: the legs of the swastika were bent. Anderson is definitely right when he says, “For a man who was proud of being a great artist whose work was thwarted, the most important thing about the decision was not some unidentified occult myth, but rather balance and aesthetic value.”