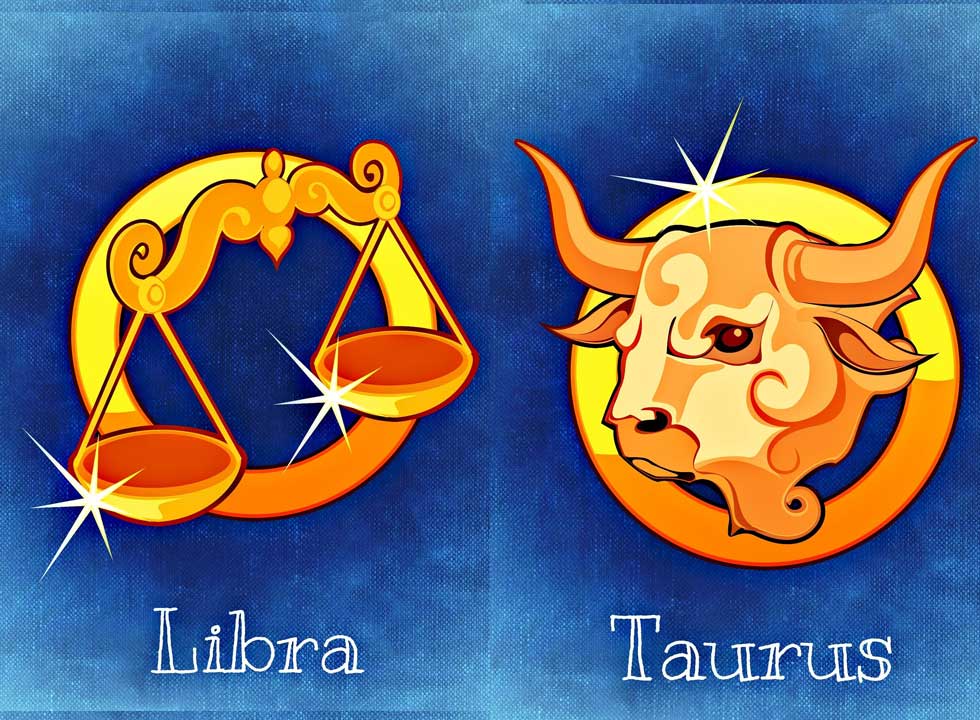 Libra and Taurus compatibility for building trust and communication

Libra’s drive to be liked by everyone might erode Taurus’ trust, especially if Libra is unsure if they want to be with their Taurus partner in the first place. If Libra cannot make this simple decision, Taurus’ ego will be severely bruised by the ambiguity, and it will be difficult for them to recover once they know they are not wanted with certainty.

Even if they are Libra‘s first choice, the issue of flirting with so many other individuals remains. With very insecure Libras, it is nearly impossible to have a trustworthy relationship, since their need for acceptance can be so great that it lures them into infidelity. Their quality, however, is in their perspective on justice, and they rarely act on their insecurities; nonetheless, who can be certain when the atmosphere is so unstable, especially when a Taurus attempts to blend in?

These individuals will drive each other insane. On the one hand, you would have Taurus, who never doubts their own character, never moves, and is infuriatingly immutable. On the other hand, Libra is hesitant and uncertain about what they desire. It seems impossible for them not to constantly irritate one another.

The primary obstacle in this situation is their perception of one another. As the two aspects of Venus, these signs symbolize a country girl (Taurus) and a city girl (Virgo) (Libra). When you combine this with the fact that Libra has a fallen Sun, their ego problem might easily lead them to feed on their polished, urban image and condemn the “country lady” for her lack of style and rusticity. They cannot accept the variations in their appearance because they are unable to see that the fact that Taurus prefers comfort does not always indicate a lack of flair.

Related Post  Aries and Capricorn Compatibility in Relationships and Love

This may appear to be a frivolous issue, but it is truly a profound issue of insecurity. The reason Libra criticizes Taurus is not because they are such a fine individual, but because they fear they are not. Without the ability to adjust and take criticism as helpful, Taurus will quickly get insecure in response to this critical viewpoint and revert to their guilt trip, as if they’ve always sought out someone to awaken their guilt. Even if none of them will say it out loud, it can be sensed in their relationship, even by those in the vicinity.

How do Libra and Taurus relate emotionally

If they are sufficiently attracted to one another, they could fall madly in love, but in most situations they are both too cautious to develop a romantic connection. Taurus and Libra are both in search of a partner who will sweep them off their feet, but this will rarely occur between them. Taurus will typically not give Libra enough room to identify flaws, while Libra will spend too much time searching for them. As signs dominated by Venus, they are both complemented by signs ruled by Mars and typically seek a partner with initiative, so they may get off to a quick, exciting start and not have too much time to contemplate.

Venus, their ruler, represents value itself, thus we could argue that they value the same things, but in different ways, based on what their ruler loves or dislikes. Venus is exalted in Pisces, thus they both desire pure, magical, and mystical love, but Taurus favors sensitivity and touch while Libra values responsibility and seriousness. However, their ultimate goals are same, and they place the most importance on one’s capacity to love them. Depending on whether or not they fall in love, this may be their true connection.

Related Post  Sagittarius and Pisces Compatibility In Relationships and Love

It is not difficult for this couple to discover shared pastimes, so long as they are not both bored. Although Taurus is not obligated to attend matinees and soulless art exhibitions, they might enjoy a visit to a comfortable art museum displaying warm-colored artwork. Libra would rarely go for a walk in the dirt, but they might make a tour of the downtown area while wearing their new attire. With their shared appreciation for beautiful things and love in general, they will find a pleasant way to spend their time together if they are willing to alter their routine.

Both Taurus and Libra are ruled by Venus, yet express its features in very different ways. This gives their connection a unique spark. While Taurus values comfort and relies on their senses of touch and taste, Libra values aesthetics and relies on their senses of sight and smell. There is a connection between them, but in most cases they approach Venus as the planet of sexual pleasure differently.

The primary distinction between these signs is their respective exalted planet. Libra exalts Saturn, while Taurus exalts the Moon. In a sexual connection, the Taurean will prioritize feelings and tenderness, while the Libran will focus on the partnership’s depth and timeliness. It may be difficult for them to comprehend what the other person desires, and they may appear needy to one another – Taurus to Libra due to their emotional neediness, and Libra to Taurus due to their physical neediness.

Despite their differences, they are both signs controlled by Venus and can be rather attracted to one another. As a female and a male sign, they could reconcile their differences and strive to understand “the other side of Venus” rather than expecting the unattainable from one another. They are both gentle lovers who want stress-free relationships, so with with patience they could be a great match.

Related Post  The Three Air Signs Compatibility With Other Signs