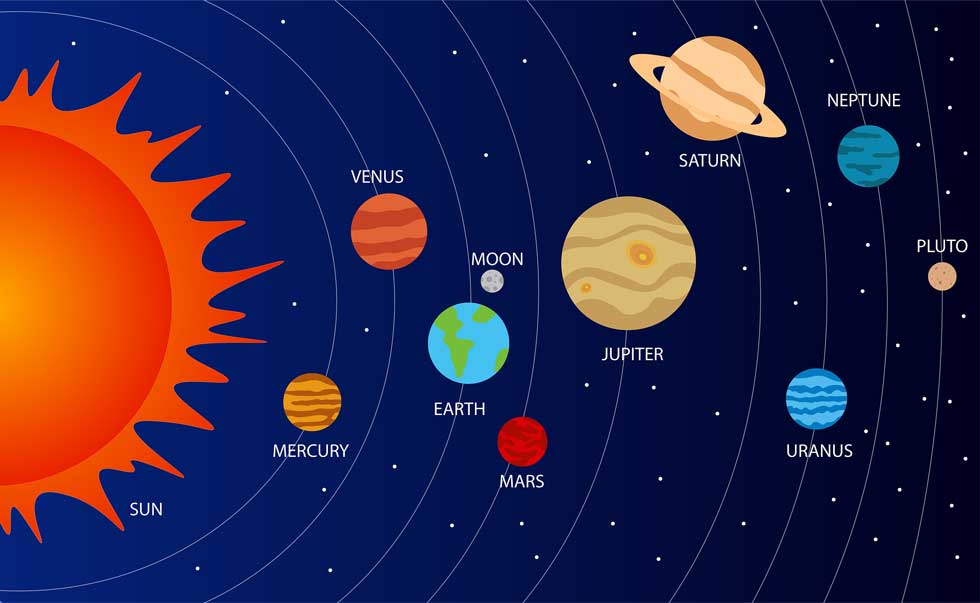 Pluto controls both life and death. It shows how cells change, whether they keep growing and repairing themselves or stop doing anything at all, causing death.
On a positive note, Pluto helps make sure that important and basic changes happen in our genes and metabolism, as well as that chemical processes keep going without stopping, which eventually change us and give us bodies that work and are healthy.
In a bad way, Pluto can make it hard for many basic metabolic, enzymatic, and genetic functions to talk to each other.

So, diseases that make our bodies worse could happen, which we might see as a complete change in our bodies. That is, under Pluto’s influence, we could go from being strong to being weak, from having healthy bodies to having bodies with deformities, from being coordinated to not being coordinated, from having healthy red blood cells to having red blood cells with abnormal sizes, or from having a normal number of white blood cells to having an abnormal number of white blood cells.
The planet also cares about the smallest, subatomic particles and how they fit into the plan of how our bodies work. It affects the molecules, their connections to a larger molecular structure, their eventual catalytic change into carbohydrates, lipids, proteins, or nucleic acids, and their eventual formation into more complex chains, all of which are related to our most basic bodily functions.

Pluto also controls the production of enzymes and the size and shape of red and white blood cells, which are the most important parts of our health. A sick cell means big trouble sooner or later, but usually later.

Lastly, Pluto is in charge of the deepest parts of our minds. If we keep a lot of negative emotional responses hidden in our subconsciousness, they will eventually fester and change our physical health, just like a sick Moon will.