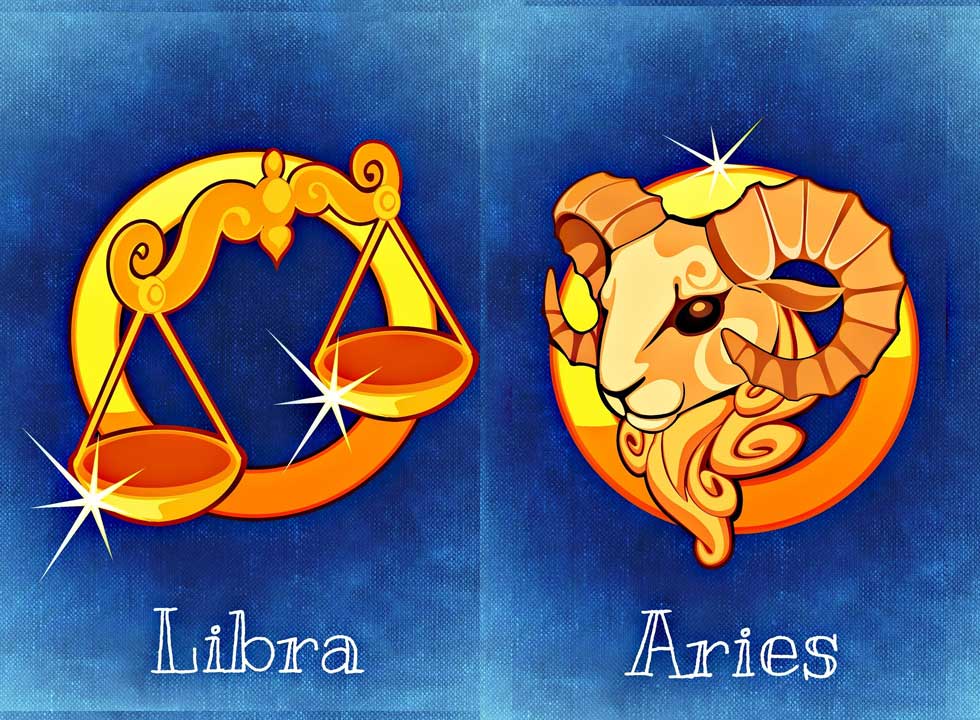 Aries and Libra compatibility for building trust and communication

Trust is not their strong suit, and issues with it can torment them for years. The Libra partner has a general problem with insecurity and must demonstrate their worth through relationships with many people. They adore being adored and appear ravenous for the admiration of others. This infuriates Aries, whose jealousy threatens their shared sense of security and faith in the other person’s decisions.

It is also possible that Libra would distrust everything their spouse does due to their lack of confidence. Since Aries doesn’t invest much time or care into their activities, the Libra’s suspicions could quickly be aroused by the absence of communication over every personal detail. Instead than attempting to merge into their partner’s life, Libra should work on their self-esteem and maintain a focus on their own life.

Aside from potential issues Libra attempts to avoid the most of the time, their communication typically serves to nourish the Sun of a Libra partner or Saturn of an Aries relationship. Their opposition encompasses Saturn’s debilitation and the Sun’s exaltation, and this is most evident in their communication and everyday functioning. This means that their roles in each other’s lives are relatively straightforward: Aries must constantly boost their Libra partner’s spirits by demonstrating how capable and courageous they can be, while Libra assumes the responsibilities of their Aries partner and instructs them on how to achieve a specific goal. All of this can be pretty exhausting at times, especially if one of them has a difficulty with this unconditional role play or does not acknowledge their partner’s efforts.

Related Post  How The Planet Mercury Can Affect Our Health

Since they have few common interests, they will primarily discuss their daily activities and happenings. While conversing about various activities and people, they find a common language, with Aries assisting Libra to avoid preoccupation with others and Libra assisting Aries to comprehend perspectives that differ from their own. If they were in the same profession or at least shared a workplace, their communication might improve, since their common interests would be covered and they would have more room to establish common ground.

How do Aries and Libra relate emotionally

Despite the fact that their relationship may suffer from a lack of traits, this pair knows one other’s feelings quite well. Due to their own openness, Aries might arouse Libra’s ability to display them. This is something every Libra requires, as they struggle to relax their guard. Libra, on the other hand, has sufficient depth to examine Aries’ personality rather than their conduct superficially. Libra is likely one of the few zodiac signs that has a deep understanding of the essence of Aries. They do not comprehend their behaviors and manner of displaying emotion, yet from their perspective, the emotional core and sensitive nature are readily accessible.

It is safe to claim that this pair could overcome any problem with their love for one another, and although their difficulties may be significant, they may have such a profound emotional connection that their problems pale in comparison.

Our values determine the path that takes us to our personal growth objective. As Capricorn is the sign of their tenth house, Aries has a goal in this sign. Saturn rules Capricorn, which exalts in Libra. In practice, this means that Libra assists Aries in achieving their objectives while adhering to necessary ideals. This is an important finding because the sign of Aries, which is the sign of Saturn’s debilitation, does not appear to comprehend the set of values or precise procedures that will bring them to their objective. It is almost as though Libra knew how Aries could achieve their objectives by discovering new values in respect to them.

Related Post  Virgo and Gemini Compatibility In Relationships And Love

Their unique ideals differ in so many ways, yet it is the aim of their connection to challenge and clarify these differences. Aries emphasizes directness, vitality, and outspokenness. Libra emphasizes tact, elegance and prestige. While Aries strives to live in the present, Libra explores the past to establish goals for the distant future. They have a great deal to learn from one another, but if they do, they may decide to align their respective ideals somewhere in the center.

This couple finds it extremely challenging to organize their activities. Most of the time, they have opposing desires, and the only activity they consistently agree to share is sexual activity. Although this is a cornerstone of a healthy relationship and everything else they cannot share may appear inconsequential for a time, they must find a way to engage in another activity they both like. Even if they don’t, their partnership may still succeed, but only if the Libra partner abandons the notion that they must be included in all they do. Aries could promote Libra’s independence in any manner feasible, while being open to participation in things Libra values.

Although Aries and Libra are both male signs, they represent the zodiac’s primary opposition and the interaction between Mars and Venus, the planets in control of our sexual lives. It is assumed that when people engage in close relationships, all of their libido and any issues with sexual expression will appear. They are extremely attracted to each other, but their combined signs indicate passive-aggressive behavior in general, and they may have a tendency to damage each other in personal relationships.

Related Post  Taurus and Scorpio Compatibility in Relationships and Love

Aries is a sign of Saturn’s debilitation and Libra is a sign of Saturn’s exaltation, therefore their primary concern is a lack of feeling and weak sexual limits. Saturn might be a hindrance to a couple’s attempts to develop a genuine connection. When they connect through genuine emotion and respect each other’s boundaries, they have the potential for a very good sex life, as Aries gives initiative and energy to indecisive Libra, boosting their libido, and Libra awakens the sensitivity of Aries, teaching them how to be selfless lovers and enjoy considering their partner’s happiness.