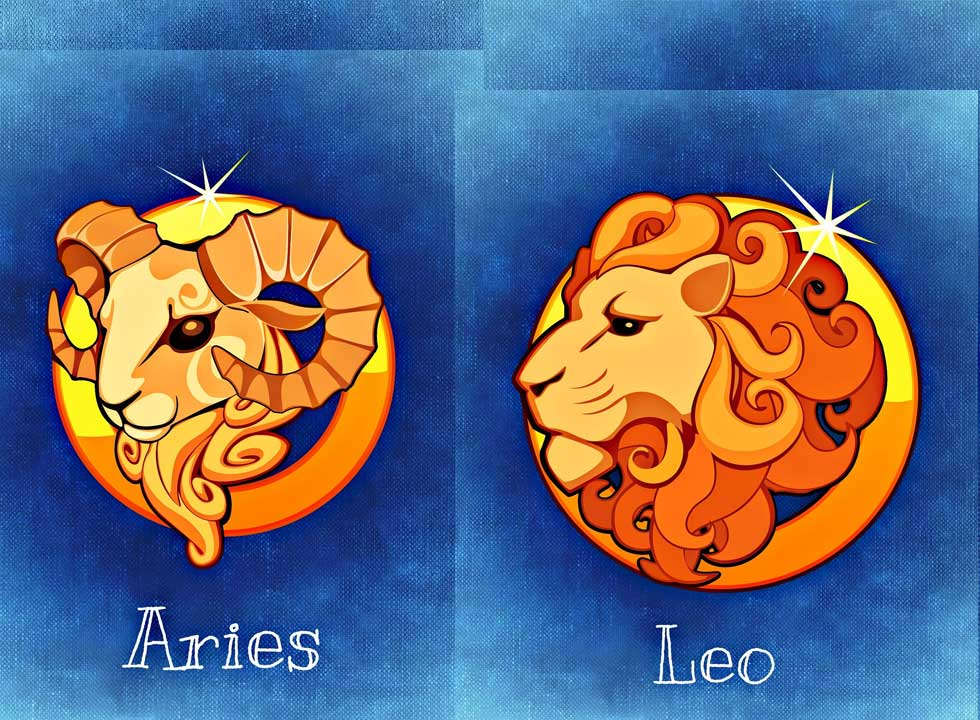 Aries and Leo compatibility for building trust and communication

There are likely many trust challenges in every Aries-Leo relationship, but their strong convictions and need for loyalty usually resolve these issues. They both have a high opinion of themselves and observe how others react to their relationship. Leo is a strong-willed, beautiful, masculine sign, and regardless of gender, the majority of the time they will exude a captivating aura. This will make Aries oddly possessive and possessive, willing to fight for what is theirs. No one can ever acquire Leo, the King of the zodiac, which is precisely why this problem reaches its conclusion.

Nevertheless, their mutual appreciation for the passionate nature they share and the determination of both partners to overcome any obstacle might keep them together for years, fostering security and trust daily.

Initially, their interactions are likely to be incredibly energizing and full of admiration and respect. As they become closer, it is likely that they will add an emotional note, but not a particularly mild one, as their emotions are as fiery as the element to which they belong. This ensures that there will be many fights, loud statements, and disruptions. Interestingly, as two highly passionate individuals, they typically get over their arguments fast and don’t care much about exact words shouted in anger. As soon as they calm down, their relationship will simply return to normal, and their sexual life will flourish after every argument.

Related Post  Virgo and Capricorn Compatibility In Relationships and Love

Similar interests unite these individuals. Aries is interested in Leo, while Leo is interested in all of Leo’s positive qualities. This is a very favorable distribution of interests, as Leo will appreciate everything Aries says and does for them and will reciprocate in multiples. Obviously, this is the scenario with two healthy individuals in their roles. If one of them has bigger psychological troubles than the other, their conversations will devolve into mindless chatter about one of them, and their partnership will become a perpetual fight of the egos in which they both feel the need to prove themselves.

How do Aries and Leo relate emotionally

Their emotional dispositions are really similar. Sun is associated with love, pure and simple, not the sort that nurtures but the one that is creative, warm, passionate, and playful. Both of these signs have a Sun in a prominent position, growing in soil composed of the element fire. They precisely comprehend each other’s mental state, even when one of them wants to flee the other’s strong need to oppose something trivial and seemingly inconsequential.

Emotional compatibility of this magnitude is a remedy for any other flaws they may meet, while evolving through time and spicing their sexual connections with even more warmth and emotion than the beginning of their partnership promised.

They place the highest weight on a person’s ability to be precise and straightforward. Almost as if these were the exact words to describe them. Mars, the ruler of Aries, is required for conciseness, while Leo offers clarity to everyone. Their only issue is their urge to be the leader and the courageous one in their relationship. They can both be courageous, but they have a tendency to compare themselves to one another and compete for the role of leader. This can come between them and emerge as a normal war of the sexes (if they are of opposite sexes) or as a fight for dominance of any type, degrading the quality of their relationship due to their urge to be the one with the dominant values in general.

Related Post  Sagittarius and Leo Compatibility in Relationships and Love

They have sufficient energy to do everything together, but they do not require the same daily routine. Aries loves to be physically active, stroll, and exercise, and is constantly eager to try something new. Leo is a fixed sign, the drama queen of the zodiac, the one who likes to show off and go where they can be seen. The Leo’s energy is easily directed toward coffee shops and other areas where they can relax, enjoy themselves, and be the center of attention. This is a waste of time for an Aries, who is always looking for something new and interesting.

As long as Aries is willing to initiate their shared activities and occasionally compromises for a display of strength, they can find and enjoy activities together. But if the Aries partner becomes exhausted and upset by the Leo’s sloth, there is a good possibility they may just divide their interests.

This is such a warm and passionate relationship, with sparks flying constantly. They share comparable sexual preferences and take each other very seriously, regardless of the nature of their relationship. Due to their incredibly powerful personalities, they could argue and reconcile often, yet enjoy it in a manner that some Water signs might find bizarre.

They share a sexual connection that cannot be severed, altered, or eroded over time, as they are both independent sources of energy awaiting a partner. Nevertheless, if one of them has ego issues, they could fall into an energy-draining system in which they insult one other and ruin their confidence and libido. This is an extremely unusual option, but it always exists when two indicators that provide an exceptional soil for the Sun coincide.

Related Post  Sagittarius and Scorpio Compatibility in Relationships and Love