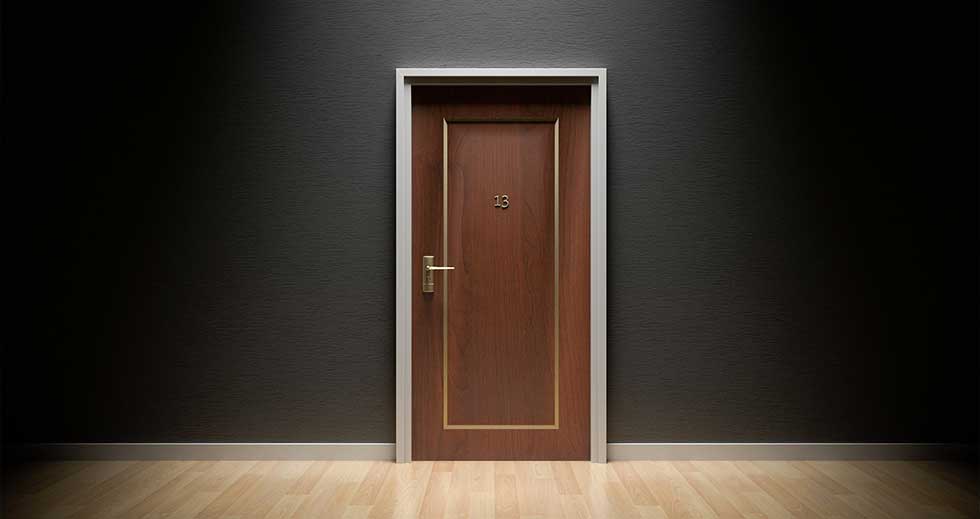 Freemasons all over the world use the number 13 in their work. It is used by occult groups because the Druids once thought it was a holy number.
Since the Druids were wiped out, the Masons and Atonists have taken the number and used it to give them power in their political and social rituals. The modern head of the European Union works from the thirteenth floor of their headquarters in Brussels. The number thirteen can be found on the one-dollar bill in dozens of different ways. The flag of the European Union has thirteen stars on it: twelve stars that you can see and one star that you can’t see but can be made out of the circle of twelve. Eustace Mullins, who studies masonry, reminds us that the Rockefeller family chose the street address 1313 to start the Council of State Governments, an organization that would watch over state legislatures. Two times 13 is 26, which is god’s number. The word “god” has 26 letters in Hebrew, 26 letters in Egyptian, and 26 letters in English. In Hebrew, the number of letters in the word “Jehovah” (IHVH, which is written 10, 5, 6, and 5) is 26. We know that Jehovah is the Aton. Also, in 1813, King George III’s son, the Duke of Sussex, became the Grand Master of Freemasonry in England. After that, thirteen stars and a Star of David started appearing on American money.

We can see how the elites of the Cult of Aton could think that way. Since they had been pharaohs before, it makes sense that they wanted to rule over all nations again. Being kicked off their big thrones made them even more greedy in this way. They have gotten rid of rivals who were in their way by using both overt and covert political tricks. The Atonists have put in their own kings, princes, lords, and governors in place of the ones they took over. Their stooges are now in charge of the world. Since they come from the “Dragon Court” of the Hyksos and were related to the high priests of the temple of Heliopolis, they are known for their occult knowledge and skills.

This occult knowledge is mixed with a desire for the world and fueled by greed and pride. The mix is deadly to people outside the cabal, but it’s perfect for people who want to control people’s minds and nations. Those who once had pharaonic power and control will not give it up easily if they lose it. In fact, it makes sense that men who want power so badly would do anything to get it back and keep it if they could. The Atonists reward those who help them in their quest for power just as much as they hurt and kill those who stand in their way. There are, of course, people who say that the Orders of Freemasonry don’t have this kind of loyalty. Those who have done their research and spent time looking into the links between Freemasonry, religion, and politics are still suspicious that something bad is going on. The members of the street level lodge are not bad or cause for worry. Freemasonry is criticized because of the bloodline masons from important royal dynasties. As with any group, the masons try to attract people who are interested by letting men into the group who are known for their creativity or intelligence. Behind the masonic lodges is the same “Brotherhood of the Snake” or “Cult of Aton” that created Christianity and all of its different branches, set up the Vatican, and put in place all of its popes, bishops, and priests.

The Illuminati, Rosicrucians, and Knights Templar were all started by the same group. These groups, in turn, control the many secret societies, fraternities, and charities around the world. Per me reges regnant, which means “through me, kings reign,” is a popular Masonic motto. Let’s not doubt that the top of the Egyptian pyramid is a statue of a real person from history. The fact that the “Temple of Solomon” is the most important symbol in Masonry should have told us this a long time ago. In fact, Freemasons, who call themselves “Sons of the Sun,” are easy to spot because of the symbols they use on their lodges and in their writing.

In fact, studying its symbols is the only way to figure out what masonry is really about and what it wants to do. They always use the compass, the square, and the letter “G” as their three main signs. There are many different ideas about what these symbols mean and where they came from. When you look closely at masonic documents, you can find a lot of information and false information about where these three symbols came from and what they mean. Even though there isn’t enough room for a full analysis, it’s important to point out something about the letter “G.” Scholars have come to the conclusion that it has to do with god, geometry, Gaia (the Earth), generation (sex), the Mayan Hunab Ku, Geb (the ancient Egyptian god of the phallus and the Earth), the sacred spiral, etc. The mysterious Masonic symbol “G,” which this author thinks is the secret signature of the Gaonim, is related to the Irish word “Gnadir,” which means “serpent” and was used as a title by the Druids. When the letter “G” is written in lower case, it has the shape of a snake. In fact, the word “cross” comes from the Latin word “ceras,” which means “snake.”
As was said, the highest levels of the Masonic fraternities have been told to keep the ancient archive of geomantic, geometric, and astrological knowledge that was developed by nations and cultures that the descendants of the Cult of Aton have destroyed.