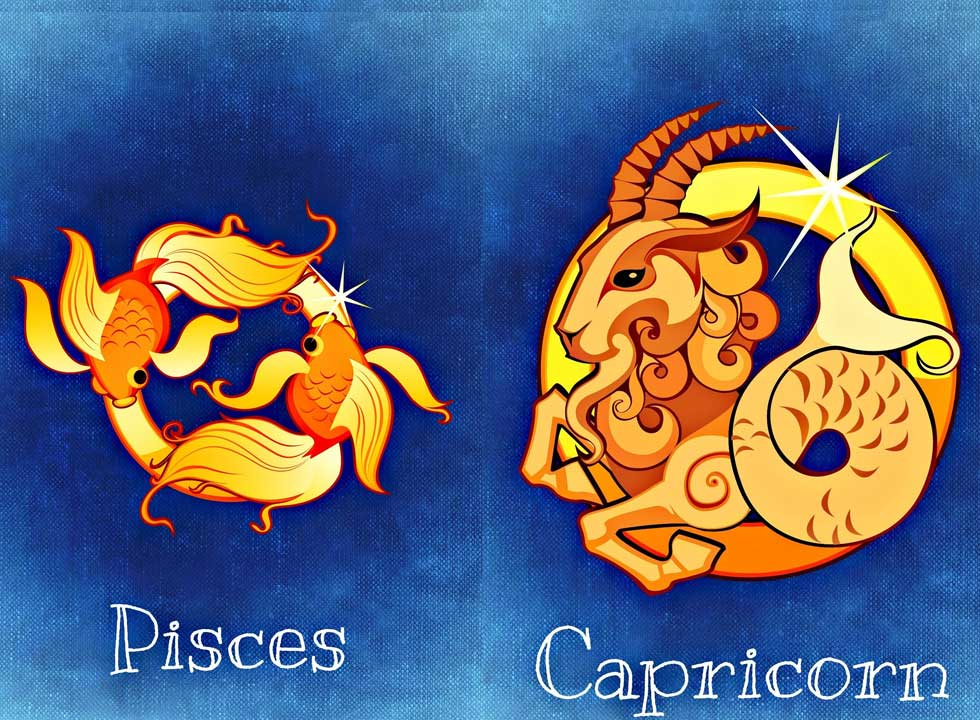 Pisces and Capricorn compatibility for building trust and communication

Frequently, they will have sufficient mutual understanding to respect their connection and avoid dishonesty. This is not always the case, and Capricorn’s possible harshness might sometimes encourage Pisces to tell a few white lies. In contrast, if Capricorn is walled off and unapproachable, the fact that they don’t know each other very well will undermine trust. When they recognize who they are dealing with, the beauty of their partnership is in their approach to trust. Since both couples lack confidence that the world will readily open up to them, they will have to win each other’s trust day by day. This may appear to be a game or competition to gain their partner’s trust.

The only person capable of inspiring a Capricorn is their Pisces mate. In their relationship, they may both place a high value on communication, but their connection will allow them to stop talking and start listening. In order to get to know one another, they will need to pay close attention to one another as they are both quite reserved. It is fortunate that they will both desire to do so, captivated by their partner’s personality and eager to become intimately acquainted.

When Capricorn gives in to their strict attitudes and convictions, their communication might become problematic. Jupiter falls under the influence of Capricorn, and Jupiter is usually the ruler of Pisces. This could jeopardize their entire relationship, since Capricorn’s rigid and logical temperament can undermine Pisces’ faith and convictions by simple skepticism. Since this is what they live for, the Pisces partner is unlikely to abandon their belief system, but they may question it and feel lonely due to their partner’s lack of comprehension. “What will be, will be” may become “I decide what will be,” and this might strangle the Pisces partner’s spontaneity and inspiration.

Related Post  Libra and Capricorn Compatibility In Relationships and Love

How do Pisces and Capricorn relate emotionally

These partners share a profound emotional attachment that can take years to fully mature. The most beautiful aspect of their relationship is the anticipation of feeling, their capacity for continuous growth, and their ability to bring out the best in one another. However, this does not imply that any of them will actually alter their behavior, despite the fact that they will be their best selves. Capricorn may continue to be grouchy, while Pisces may continue to be erratic and untrustworthy. When they are too fixed in their ways, they may become incredibly irritating to one another, as Capricorn dampens the beliefs and enchantment of Pisces while Pisces disappoints the dependable, earthy Capricorn.

Their approach to their values exhibits a fair degree of consistency. In a secure emotional connection, Pisces can finally rest their mind and heart, which is an unusual trait for someone with their personality type. Unexpectedly, Capricorn will value one’s emotional awareness and capacity to clearly envision a happy outcome.

Unfortunately, they will have a difficult time approaching the usage of beliefs and emotions in day-to-day life, and whilst Capricorn will favor levelheadedness and rationality, Pisces will prefer the reverse. They will occasionally be too dissimilar, Pisces seeing a God with a golden beard and Capricorn believing in the present moment, or Pisces attending church out of tradition rather than faith. It will be difficult, but they may respect one another enough to overcome their differences.

As their relationship develops, they will want to do everything together. Even though their hobbies are typically extremely different, Capricorn will be inspired to explore Pisces’ universe, much as Pisces will desire to solve the equation within their Capricorn companion. Over time, their interests will diverge, as they find that the things Capricorn loves to do are uninteresting to Pisces, while the things Pisces enjoy doing drive Capricorn insane – having no strategy, purpose, or apparent utility. Nonetheless, they will both have a need to cling to tradition, Capricorn for respect of tradition itself and Pisces for romantic reasons, and this should enable them develop sufficient common activities over time.

Related Post  Pisces and Aquarius Compatibility in Relationships and Love

There is likely no better way for a Capricorn to unwind than by forming a romantic partnership with a Pisces. Their sexual relationship is a connection between two powerful persons, one of whom is incredibly rigid and logical and the other of whom is flexible and emotional but confident in his or her convictions. Their differences will produce a powerful attraction, almost as if they were opposing signals.

The sexual life these partners can share is inexplicable based on a basic examination of their personalities. In contrast to Cancer, Pisces may achieve the emotional depth of Capricorn by a gentle touch. This is not a question of sympathy, but of their profound inner realities. Capricorn is not emotionless, despite their apparent aloofness, while Pisces may be fairly logical, despite their emotional state. Deep emotional and cognitive understanding allows them to bring out the best traits in each other and share a strong intimacy.

Their sexual lives will be remarkably spontaneous. Capricorn will be motivated to let go and open up to their mate, whilst Pisces will easily be able to anchor their loves and find a means to express them physically. Capricorn will feel more relaxed, while Pisces will begin to organize oneself. If they remain together for a sufficient amount of time, they could create the ideal combination of stability, trust, and emotional stimulation.