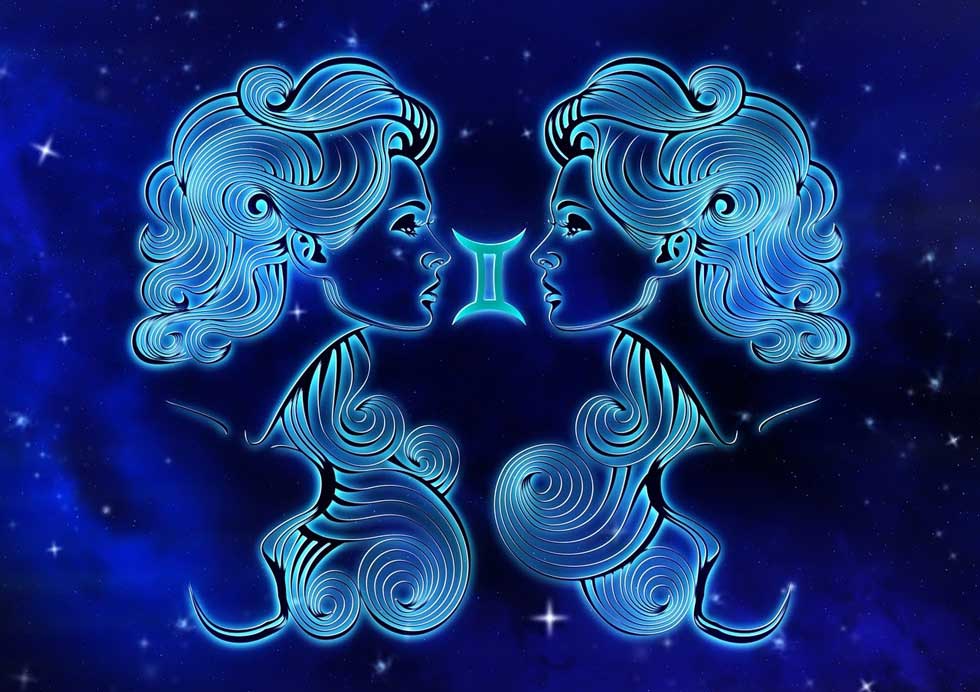 Gemini is in charge of the hands, arms, shoulders (except for the sternum and breastbone, which are in charge of Cancer) and, in general, the central nervous system.
But it has a much more subtle and important job: it controls the tubes in the body. Not the arteries or veins, but the eustachian tubes in the ears, the fallopian tubes connected to the uterus, the bronchial tubes in the lungs, the trachea, the ureter tubes from the kidneys to the bladder, and the urethra from the bladder to its outside opening.
Gemini is also in charge of the lungs. Gemini is the sign of breathing in, while Sagittarius is the sign of breathing out. The amount of oxygen that gets into the blood is of the utmost importance. Without enough oxygen, a person will feel mentally tired and foggy.

The Sun in Gemini can cause bronchitis, nervous disorders, pleurisy, hyperventilation, shallow breathing that needs to be deeper to get enough oxygen into the bloodstream, and injuries to the arms and fingers.
Moon in Gemini. With this placement, a woman could have problems with her fallopian tubes, an irregular flow of menstrual blood that can be fixed with kali muriaticum, edema of the lungs, pneumonia, or varicose aneurysms. Mercury is in Gemini. This arrangement can lead to nerve-related pain in the arms, lungs, and hands, as well as bronchitis, intercostal pain, asthma, and pleurisy.

With Venus in Gemini can cause finger whitlow or inflammation and pustules, as well as papillomas or tumors of the skin or mucous membranes of the hands and arms. Mars in Gemini.
This placement can mean problems with the nervous system, cuts, fractures, and wounds on the arms, hands, and collar bone, bronchial congestion, acute pneumonia, and sharp pains in the lungs or extremities.

Jupiter in Gemini can cause problems with the blood and lungs, as well as pleurisy and problems with the arteries. Saturn in Gemini. This arrangement can lead to a wide range of problems: constriction of a body tube partial blockage of a small opening by a stone or other solid object.

Other sedimentary waste that hasn’t been washed out of the body; rheumatism or arthritis of the arms, hands, or shoulders; dislocation of the arm or shoulder; chronic bronchitis, pneumonia, or emphysema; tuberculosis; lung congestion, fibrosis of the lungs, or tumors in the lungs; and nervous trembling from a lack of calcium and manganese to feed the nervous system.

Uranus in Gemini can mean that one of the body’s tubes tightens up in spurts. In women, this can happen to the fallopian tubes, which can lead to tubal pregnancies. There may also be cramps or spasms in the hands and arms. As are spasms in the ureters or urethra, which can stop urine from leaving the body or cause bladder infections to come back.
Neptune in Gemini.
With this placement, one or more tubes in the body could become weak. There may not be enough oxygen in the lungs. Deep breathing and exercise will help the lungs get bigger and stronger. Smoking can also cause chest colds and repeated bouts of pneumonia in children. It can also make the lungs sensitive to pollution and cause lung diseases like emphysema.

With Pluto in Gemini, tumors or cysts in the body’s tubes could make them hard to move through. Blockage of the fallopian tubes could also stop a woman from getting pregnant. There could also be long-term problems with the lungs, arms, or hands.