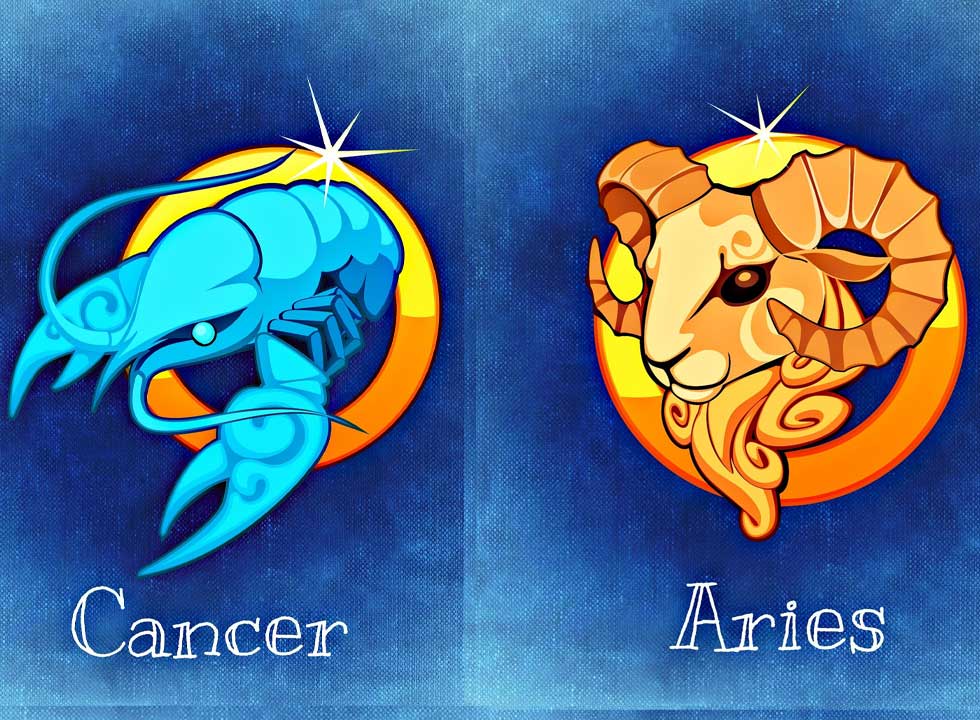 Aries and Cancer compatibility for building trust and communication

This pair has a unique approach to the issue of trust. They rarely argue about their faith in one another’s loyalty. When it comes to intimacy, the challenge they typically face is a lack of trust. Aries has a unique perspective on intimacy. In the perspective of their Cancer spouse, they can appear forceful and even aggressive, with an attitude that is anything but easygoing. As much as Cancer would desire to comprehend the simple nature of Aries, it will be exceedingly challenging to perceive it as anything other than brutish.

There is also a difficulty with the manner in which they display and identify emotions. It may be difficult for an Aries partner to comprehend that they are loved if their spouse just asks bothersome questions, attempts to bind them, and refuses to engage in sexual activity. Alternatively, Cancer will likely feel violated in every manner until the Aries spouse stops down and exhibits an atypical display of mild emotions. Usually, mistrust results from the inability to believe in one another’s feelings for one another, because people do not identify them well.

Both of these spouses share the same tendency to act on instinct and abruptly end a conversation before it has reached its climax. It is not their aim to react in this manner, but they constantly press each other’s buttons, making it difficult for them to maintain concentration and resolve the issue they discussed. Their interests are too divergent, so even when they are attempting to have a nice chat about something impersonal, it is a struggle to maintain focus on the topic at hand, regardless of who started the conversation.

Related Post  Aquarius and Gemini Compatibility In Relationships and Love

Their sole similarity is the cardinal quality of both signs, which enables them to grasp each other’s “ad hoc” personalities. This will make it easier for the couple to recover from any arguments and misunderstandings that may arise. In the viewpoint of a Cancer partner, however, this type of partnership serves no purpose, and they may find themselves battling in an uncomfortable manner.

As their signs are governed by Mars and the Moon, it is a story of archetypal anguish and emotional pain, thus their intents must be absolutely pure. They must treat one another with consideration and tact, choosing their words carefully. This can be stressful for both of them unless they accept the reality that they do not need to alter their personality, only how they display it, and create a game of it.

How do Aries and Cancer relate emotionally

Both Aries and Cancer are highly emotional, while Aries is frequently seen as having an emotional deficiency. When it comes to digging beneath the surface, they have high expectations of their partner due to their warmth and enthusiasm. Due to a concern of their own sensitivity, their boundaries may be excessively rigid, and they may occasionally act like merciless soldiers. Cancer wears their emotions like a winter coat and only conceals them when they feel embarrassed to display them. They embrace their emotional nature as a given and strive to create a personal world where their sensitivity is respected. We frequently state that Cancer wants to have a family and raise children, but this is not because they need to procreate or remain at home all day, but because they need a secure refuge for their emotional side and enough people with whom to share their sensitive nature.

Related Post  Capricorn and Taurus Compatibility in Relationships and Love

In the event that Aries leaves their impatience out of their relationship, despite the apparent differences in their emotional methods, they respect each other’s depth and understand each other’s emotional complexity. The problem arises when they are expected to grasp how they feel about one another, as it is difficult to express feelings while interacting with a partner whose personality they do not fully comprehend.

While Aries places a great deal of importance on a person’s energy, attention, and consistency, Cancer appreciates the capacity to remain sensible and stable, attributes they have difficulties acquiring, as well as emotional equilibrium. Their values are completely unrelated, with the exception that they both believe that a difficult-to-achieve future equilibrium would make them better.

Cancer desires to sleep, dance, and eat as much as Aries desires to focus on their physical body, sports, and ways to maintain a high level of imaginative energy. The majority of their time is spent engaging in sexual activities and resting, since Cancer has no intention of matching Aries’ frenetic pace.

We typically view Cancer as an extremely asexual indication. It is a psychological problem for all of us to comprehend that our parents are sexual beings, since our family is represented by Cancer and the Moon. This would be acceptable if the members of this global Cancer family did not also believe they are asexual. Their emotional traits allow for only meaningful and compassionate sexual connections. Only when they find the person who would set them free do they discover the other facets of their sexuality.

Related Post  Pisces and Pisces Compatibility in Relationships and Love

The issue with having sexual relations with an Aries is that Aries partners are typically not particularly gentle to begin with. They must learn to express emotion. For them, intimacy is constructed, not assumed. If they are able to overcome these enormous disparities at the outset of their relationship, and if neither of them is compelled to do something they are not ready for, their mutual attraction should be enough to make their sexual connection truly sensual and thrilling for both of them.