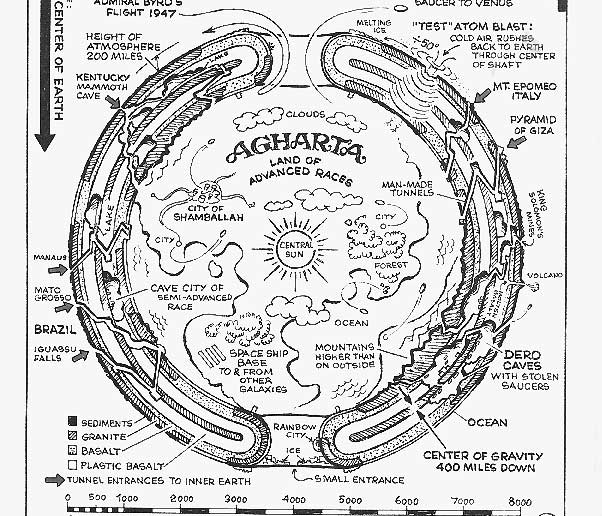 People have thought that there is another world just below the surface of Earth since the beginning of time. Some cultures, like the ancient Greeks, think of it as a dark place where the souls of the dead live. But most of these early beliefs were based on stories or metaphors. Modern science says that the Earth is made up of a continuous series of layers, crusts, and liquid magma that surround a dense, hot core made mostly of iron and nickel. But in the 1600s, some of the best scientists thought the Earth was hollow. This idea has been around for a very long time.

Even now, there are a few people who believe in the Hollow Earth and work hard to prove it through books, websites, meetings, and some very ambitious travel plans.
Edmund Halley, who is famous for discovering Halley’s Comet, may have been the first scientist to think about a hollow earth. Halley’s theory, which he came up with in 1692 to explain strange compass readings, is that the planet is made up of a series of nested, spherical shells that spin in different directions and all spin around a central core. Based on readings of the magnetic field and what he knew about how the sun and moon affected the Earth’s gravity, he thought that this model could explain any mistakes in his readings of the planet’s magnetic fields. He also thought that the space between each shell might have had a bright atmosphere that could have supported life.

Over the next few hundred years, people built on Halley’s strange idea. Instead of seeing the Earth’s interior as a mess of different spheres, they saw it as one huge cavern. Most of the time, this new view of a hollow Earth is paired with the idea that a small sun hangs in the center, making the other side of the Earth’s surface a lush, livable place. According to a number of hollow Earth websites, famous mathematicians and scientists like Leonhard Euler and Sir John Leslie came up with this idea in the 18th and 19th centuries, respectively. However, the sources for these claims aren’t very clear.

Related Post  The Three Earth Signs Compatibility With Other Signs 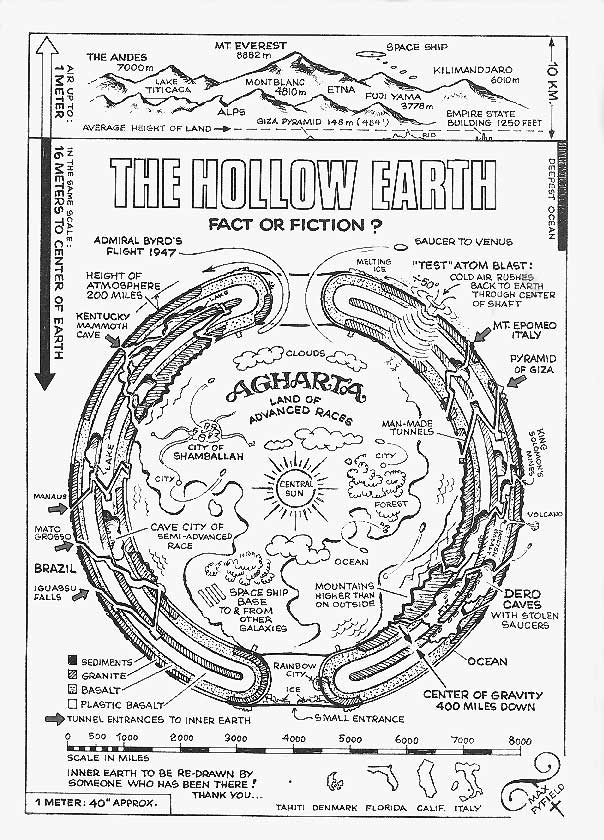 No matter where it came from, the idea of a Hollow Earth grew and stuck around. John Cleves Symmes, Jr. put out Circular No. 1 in 1818, which said that the Earth is hollow. Symmes, a veteran of the War of 1812 and a failed trader, quickly became one of the most well-known and successful people who believed in the Hollow Earth theory. His first idea of the inside of the Earth was like a simplified version of Halley’s many-layered model, except that it had huge holes at the north and south poles that led to a hidden world inside. These holes, which he added to the Hollow Earth theory in a unique way, would later be called “Symmes Holes.”

In his first statement, Symmes suggested sending a group to the North Pole, where he was sure they could find one of these holes and get to the inside of the Earth. He also thought that life could and did exist inside the Earth. In Circular No. 1, he wrote that the inside of the Earth would be “stocked with thrifty plants and animals, if not men.” Symmes thought that his theory was not science fiction but real science, and that it was true not only for the Earth but for all other planets as well. He thought the whole world was empty.

Even in the 1800s, both the public and the scientific community laughed at Symmes’ ideas, but he wouldn’t stop talking about them. Symmes kept talking about the Hollow Earth by giving talks and writing letters. He was always trying to get an expedition to the North Pole that would prove his theory. Symmes went right through the people who didn’t believe in his Hollow Earth theory. Eventually, he was able to convince enough people that it was possible that in 1822, he and his supporters got Congress to vote on funding for his expedition. The grant was turned down, but Symmes’s faith in the Earth’s interior never went away. He kept trying to get people to agree with the theory until he died in 1849. Even after Symmes died, people who believed in his idea kept it alive. Students and fans of Symmes’s work, as well as Symmes’s own son, kept writing about the increasingly strange theory.

Related Post  Helena Blavatsky Hyperborea And The Other Ancient Continents

The natural healer and eventual cult leader Cyrus Teed came up with a strange twist on the traditional Hollow Earth theory. He called it “cellular cosmology,” and it put the whole universe inside a shell. Teed thought that people were really living inside the Hollow Earth and looking up at the universe, which was just an illusion made by a strange solar mechanism. The stars were just shadows of the light coming from the machine. Teed’s theory got enough attention that a small cult grew up around him. They called themselves the Koreshan Unity, which is Teed’s new name. In 1894, the Koreshans started a large colony in Estero, Florida. However, after Teed died in 1908, most of the community broke up.

There are still monuments to Teed and Symmes that honor their work and ideas. The Koreshan State Historic Site now protects the place where the Koreshan people lived. The Hollow Earth Monument in Ohio is a tribute to Symmes’ work. Even though Symmes and Teed’s ideas were hard to believe, as the 20th century went on, the Hollow Earth theory started to sound even more like something out of this world. 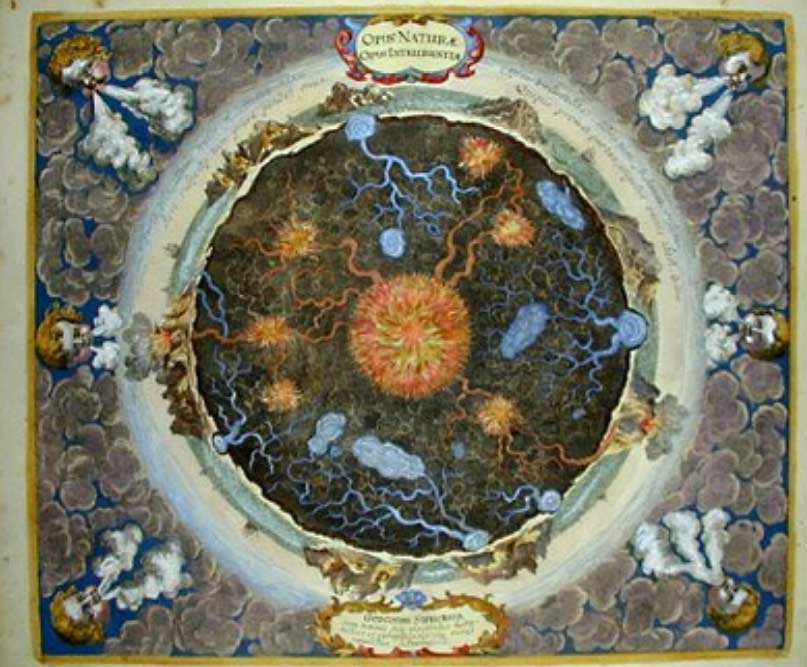 Jules Verne’s book “A Journey To The Center Of The Earth” was published in 1864. It was about a strange world inside our own, and while it wasn’t the first work of fiction to do so (it could be argued that Dante’s poem “Inferno” was the first), Verne’s book quickly became the standard for such fantasy stories, giving rise to a whole sub-genre of “subterra Many of these stories were based on the ideas of Halley and Symmes. They told stories about strange prehistoric jungles and lost races of humans who were very smart. The Goddess of Atvatabar, or The History of the Discovery of the Interior World, a book written in 1892, was based on Symmes’s model. It was about a rich world inside the earth that was home to a race of spiritually enlightened beings. This idea of the Hollow Earth seems to be one of the main sources for many of the common ideas about the Hollow Earth that are used today.

Modern belief in the Hollow Earth theory is hard to pin down because it can be about things as different as the Northern Lights and Hitler escaping. However, despite the differences, Hollow Earth truthers do seem to agree on a few things. Most people who believe in the Hollow Earth think it is a lush tropical paradise where an advanced race of humans, aliens, or giants lives. No matter where they come from, they are usually thought of as peaceful and far more advanced than people on Earth. People say that the perfect climate in the Hollow Earth makes animals and people who live there bigger and much healthier than those who live on the surface. This inner world is sometimes called Agartha or linked to it. Agartha is a mythical city said to be at the center of the Earth.