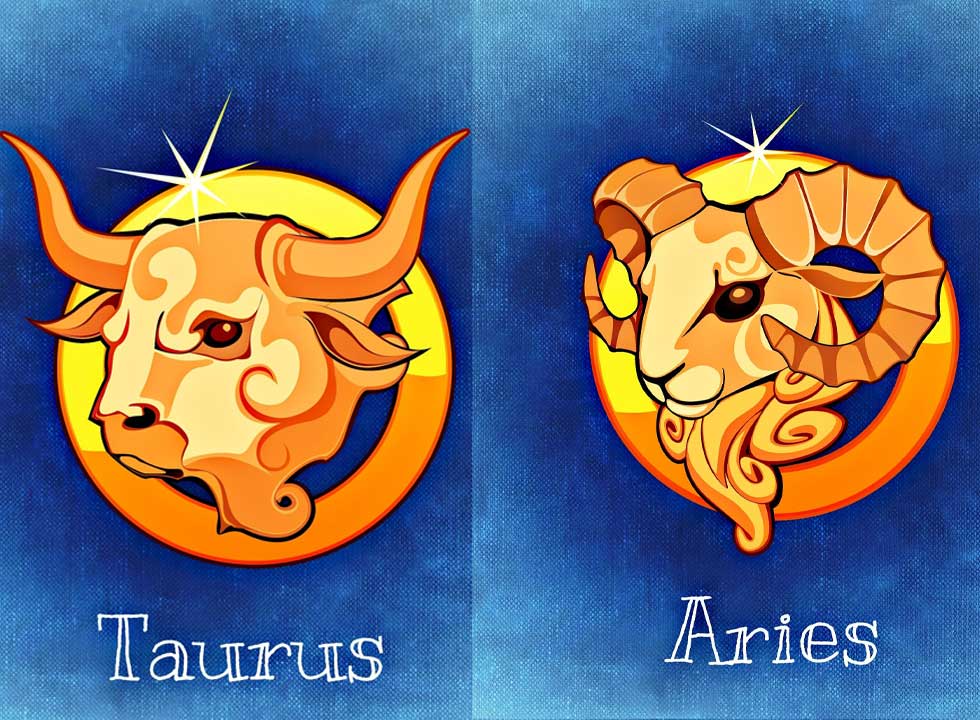 Aries and Taurus compatibility for building trust and communication

Both of these signals are capable of forming an honest, stable partnership. None of them are flaky or unwilling to accept a challenge. This can help to a positive mood and straightforward agreements regarding honesty when they are together. As Mars and Venus always do, they both feel the desire to seek for their one true love. This can result in infidelity and usual love triangle troubles owing to the Aries partner’s lack of feeling and the Taurus partner’s low self-esteem. Nonetheless, if they communicate well from the start, they will typically discover how vital mutual trust is to both parties and work diligently to preserve it.

Quite obviously, both Aries and Taurus have horns. Keeping this image in mind is essential while evaluating their communication skills. Not only are they both obstinate, but they are not even stubborn in the same way in order to reach a consensus.

Aries seizes their convictions and refuses to let go. They will physically kick and scream until Taurus concedes that they are correct about something (consider it the smallest thing in the entire Universe). When Taurus observes the actions of this Aries, they dig in. They are immobile. Ever. They lack even the ability to perceive sound. You can almost anticipate a low-pitched “moo” as their irritation increases. Their shoulders rise, their eyebrows form a “M,” and they merely stand there, further irritating their Aries companion.

Who could be so inhuman as to remain there and ignore their loved one speaking in such a high-pitched tone? Taurus can. Not because they are angry, but because they are too sensitive to deal with such behavior. Taurus never looks overly sensitive. Their Venus function is grounded and strong, yet this is a sign in which the Moon is exalted, Uranus is in detriment, and Mars is afflicted. You can image how this individual would respond to shouting and any form of aggression.

Their intelligence poses no problem whatsoever. If they are able to navigate these obstinate disagreements, it does not matter whether they are intelligent or foolish; they must have a great deal of affection for one another.

Obviously, the treatment for this problem lies in the middle. Taurus must establish clear boundaries and act confidently from their built safe zone, while Aries must take a step back and somewhat lower their voice. This would be a nice starting point.

How do Aries and Taurus relate emotionally

These are both very emotional indications, however they do not manifest their emotions in the same manner. It is realistic to suppose that regardless of how much they may love each other, it will be challenging for both of them to realize that they are loved. Although some of the rituals can be taught over time, this is not a viable approach if the couple does not feel sufficiently close.

Aries expresses their feelings loudly and freely, in a manner that is rather abrupt and impatient. They give little time for the other person to return an emotion and act as their element, fire, without much rationale. Taurus may find this conduct shallow, overly emotional, or even fraudulent, as they do not identify it as love. Taurus expresses their feelings through a lengthy, silent process of offering. They will demonstrate their affection through cooking, touch, and kind words. The issue is that Aries finds this tedious, formal, or even untrue.

Related Post  Cancer and Aquarius Compatibility in Relationships and Love

To make each other feel loved, they must both learn to demonstrate affection in a manner that differs significantly from their natural one. This could be a tiny or significant impediment, and the outcome depends solely on their willingness to listen to their loved one’s demands.

In this respect, they match up rather well. Despite their apparent dissimilarity, their primary purposes are essentially identical. They both prioritize material security, as Aries is ruled by Mars, a planet associated with the fear of existential crises, and Taurus is a sign of the Earth, which is fundamentally material and attracted to the financial realm. They both value physical and verbal character and power, and they require someone who will not fail them after the initial impression has faded.

Aries and Taurus have radically different desires. While Aries is physically active, eager to run and train, and needs to expend energy through any type of physical exercise, Taurus has an almost constant need to relax and replenish energy. Even if they go out for coffee together, there is a high probability that the Aries partner will drink theirs and become bored within twenty minutes, but the Taurus spouse will sip their coffee while enjoying it and then order a slice of cake. The only activity they would actually enjoy together is a stroll through the park or any other calm outdoor activity that restores their connection to nature.

The fact that Aries is ruled by Mars and Taurus is ruled by Venus immediately indicates their sexuality. Both planets are associated with physical contact, but their ultimate purpose in terms of sex differs significantly.

Related Post  Sagittarius and Capricorn Compatibility in Relationships and Love

Aries is guided by a simple impulse, the drive to perpetuate the species, and the transmission of genetic material from one generation to the next. Taurus, on the other hand, is all about contentment. If they are enjoying themselves during the entire sexual experience, they don’t even perceive orgasm to be a significant thing. To please Taurus, you must be emotionally invested, both kind and passionate, and willing to invest time and effort into the art of sex. Generally, Aries individuals are content with having any sexual interactions. This applies to both male and female sign representatives.

To ensure the happiness of their Taurus, Aries must cultivate an uncommon sense of touch and increase their sensuality for their mutual enjoyment. Let us also keep in mind that Taurus is a fixed sign, firmly set in their ways, and when it comes to sexual satisfaction, they will rarely compromise or accept anything less than perfection.