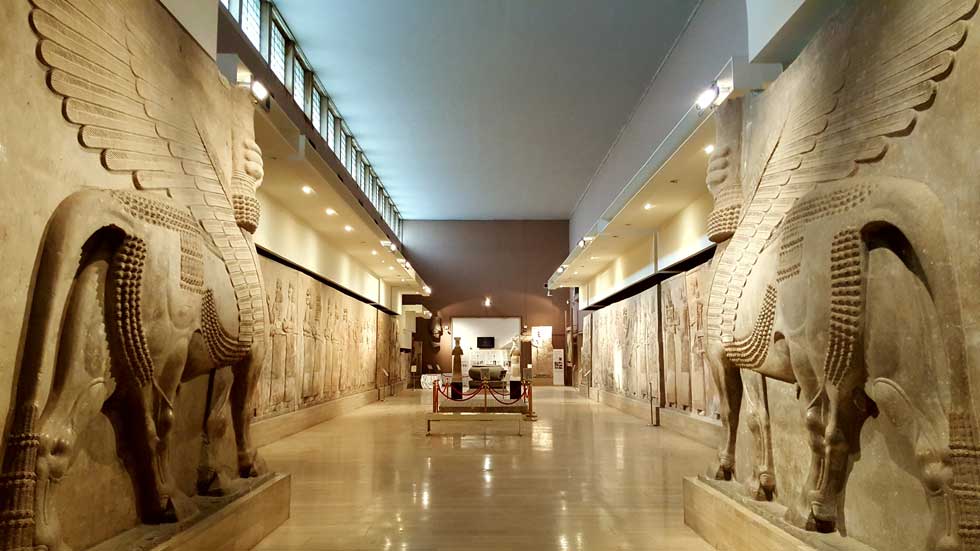 In the history of the United States, 2003 will be remembered as the year when the controversial war in Iraq began. Most of the world’s media focused on the fighting, but there was something else going on that was very interesting and, in the end, full of conspiracy theories. It was the National Museum of Iraq, which is in the city of Baghdad, being robbed in a big way. It’s a huge building that holds a lot of important archaeological, religious, and historical items, many of which date back to between 3000 and 4000 B.C.E. Together, they help show how people lived and what their culture was like in the Middle East many thousands of years ago.

It’s interesting to note that when it became clear that the United States would attack Iraq, the American Council for Cultural Policy (ACCP) asked that something, anything, be done to make sure that ancient artifacts wouldn’t fall into the wrong hands or, worse, be destroyed. It turns out that the ACCP was right to be worried, so right that staff may have known that someone was planning to attack the museum for their own secret reasons. Their worst fears came true when, in the second week of April 2003, looters took over the museum and stole thousands of items. This happened over a period of about 48 hours. But did the raids just happen by chance, or was there something else going on? And if so, then what and why?
When the ACCP asked the U.S. government to help protect the National Museum of Iraq, the request was turned down because it was said that nothing could be guaranteed in the middle of a battle. This was both disappointing and surprising. All of that makes sense, of course. When people’s lives were in danger, not many people would worry about keeping pots and carvings from a thousand years ago in good shape. Conspiracy theorists, on the other hand, came up with an interesting idea: they thought that the museum not being guarded was part of a secret plan to break in and steal some very old and large items.

Only after the raids in April 2003 did it become clear just how much was stolen, which was a shocking amount. Colonel Matthew Bogdanos of the U.S. Marine Corps worked hard to make it clear how serious the situation was. Colonel Bogdanos was in charge of trying to figure out what had been taken. This was a big and even scary job.
By the beginning of 2004, Bogdanos’s team knew for sure that dozens of important items had been taken from the public areas of the museum. But what was taken from parts of the museum that were not open to the public was much more interesting.

Surprisingly, they added up to more than 2,500 artifacts, all of which were important from a historical and archaeological point of view.
Many were found in the end, thanks to good intelligence information and the dedication of the U.S. military to the task at hand. However, a large number were not. Colonel Bogdanos’s statement in “A Conversation with Matthew F. Bogdanos” (see “A Conversation with Matthew F. Bogdanos”): “It is inconceivable to me that the basement was broken into and the items were taken without someone who knew the museum inside and out. About 10,000 pieces were taken from there. We’ve only found about 650 so far.”

So, what could those thousands of things have been that were never found again? To answer that question, you need to know about the National Museum of Iraq’s past.
Even before it opened, the National Museum of Iraq had a lot to do with secrets, intrigue, and government work. Mostly, it was because of a woman named Gertrude Bell. Bell was a well-known archaeologist, but he also worked for British Intelligence in the secret field of espionage during the First World War. Bell, who wrote the book Persian Pictures, didn’t want the ancient artifacts that were being found all over Iraq to be scattered all over the world, so she took matters into her own hands.
Because of this, in 1922, Bell gave the Iraqi government almost everything she could. Most of the items in the collection were thousands of years old, so they were moved to an official Iraqi government building until 1926, when the Baghdad Antiquities Museum was opened. Forty years later, the museum was renamed the National Museum of Iraq and moved to a new location east of the Tigris River. So was born the place where, in 2003, almost everything that had been collected since Gertrude Bell’s time was stolen by a large group of people.

What might the thieves have been looking for if the area was full of conspiracies and not just chaotic and dangerous because of war? It’s possible that the operation was set up to try to find the secret to immortality, which is the one thing we’ve all wanted at some point or another. It’s a theory that has been pushed by Jim Marrs, who is known for his research and writing about 9/11, the JFK assassination, and UFOs, among other things.
Jim Marrs has said that someone in the U.S. government may have had a secret plan before the war on Iraq started. It was a plan whose main goal was to look for white powder gold. Marrs isn’t sure what white powder gold is or might be, but he thinks it might be the legendary manna from heaven.